The Apsara oil field, offshore Cambodia, is slated to begin production in the first half of next year and is estimated to reach a peak rate of 7,500 barrels of oil per day 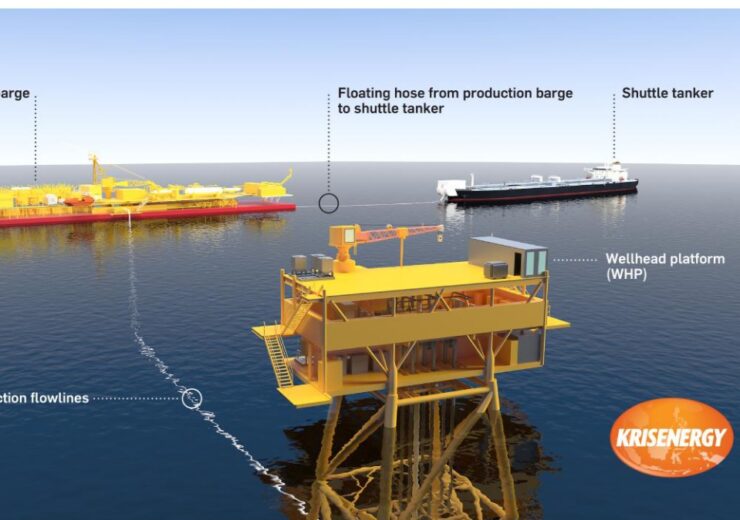 A representation of the Apsara oil field arrangement in Block A, offshore Cambodia. (Credit: KrisEnergy Ltd)

KrisEnergy said that the first steel for the minimum facilities wellhead platform (mini-platform) for the offshore Apsara oil field in Cambodia has been cut at Profab’s facility in Indonesia.

Last month, Profab, which is a subsidiary of National Oilwell Varco, was awarded contract from KrisEnergy for the supply of the platform.

Under the contract, Profab is responsible for key procurement, fabrication and construction of the jacket, topsides and other associated accessories for the mini-platform. The work is being carried out at its facility located on Batam Island.

Contained in Cambodia Block A, the Apsara oil field lies over the Khmer Basin, a geological basin in the Gulf of Thailand that is yet to produce any hydrocarbons till date.

Apsara oil field to be developed in several phases

KrisEnergy said that owing to the unproven production performance of the Khmer Basin, development of the Apsara oil field will be executed in multiple phases to mitigate risk and gain time for collecting and analysing critical data to be applied in future phases.

The company holds a 95% stake in Cambodia Block A with the remaining 5% stake owned by the Cambodian government.

The current development phase of the Apsara oil field, called Mini Phase 1A, will see the mini-platform and five initial development wells connected to the Ingenium II production barge for the processing of oil, gas and water. Shuttle tankers will be used for transporting crude oil from the barge.

The Apsara oil field is slated to begin production in the first half of next year and is estimated to reach a peak rate of 7,500 barrels of oil per day.

KrisEnergy Cambodian operations CEO and president Kelvin Tang said: “The cutting of first steel is cause for celebration. It signifies that after years of planning, construction of the main structure is underway. However, we must not forget that a lot of work has been, and continues to be, carried out on other areas of the Apsara development.”

Currently, the Ingenium II production barge is being upgraded and refurbished in Keppel Shipyard’s Benoi facility in Singapore and is targeted to be commissioned in January 2020.

The company said that it received bids last month for the drilling rig tender, which is expected to be awarded soon.