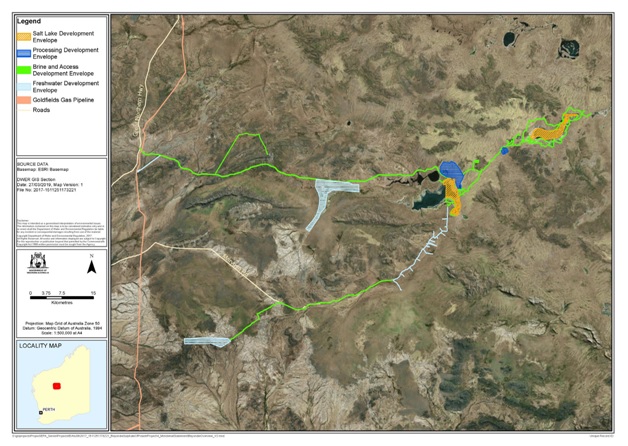 Kalium Lakes advises that consistent with section 45(1) of the Environmental Protection Act 1986, the Minister for Environment, the Hon. Stephen Dawson MLC, has consulted with other decision-making authorities and reached agreement that EPA Report 1631, relating to the Beyondie Sulphate of Potash Project, may be implemented subject to the conditions set out in Statement Number 1098.

Managing Director, Brett Hazelden, commented: “The Ministerial Statement approving the implementation of the Beyondie SOP Project, by Minister Dawson, completes a comprehensive four year process to obtain State Environmental Approval for the Project.
“Kalium Lakes is the first and only Australian SOP project to achieve a recommendation from the EPA and approval via the Ministerial Statement. The State approval is in addition to the Federal Environmental Approval received in January this year under the Environmental Protection and Biodiversity Conservation Act.

“This approval delivers the certainty required for financial institutions to provide low cost and long tenor debt financing for a project which is expected to be in operation for the next 30 to 50 years. The Beyondie SOP Project remains on schedule to commence Australia’s first commercial SOP production next year in 2020, with early works underway and long lead items progressively being ordered,” Mr Hazelden said.