Jadestone Energy said that it is on the verge of wrapping up its $195m acquisition of the producing Montara oil project offshore Australia from Thailand-based petroleum and natural gas explorer PTT Exploration and Production Public Company (PTTEP). 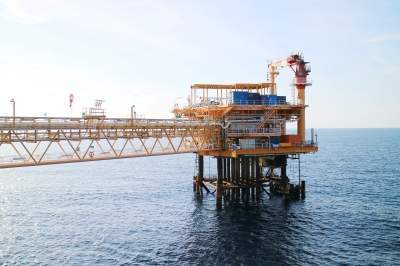 The Singaporean oil and gas company said that all the preceding conditions for the acquisition of the Montara oil project as per the sale and purchase agreement made in July 2018 have been satisfied.

Jadestone Energy had made the deal to further consolidate its position in the Asia Pacific region. It expects the Montara project to complement its existing balanced, low-risk portfolio of cash generative operated production and value-accretive development assets in Asia Pacific.

Jadestone Energy president and CEO Paul Blakeley said: “We are delighted to achieve satisfaction of all conditions precedent to this transformational deal for Jadestone, and look forward to completing the acquisition as planned.”

The acquisition is now expected to be closed within ten days, said Jadestone Energy.

The Singaporean oil and gas company, upon closing of the deal, will jointly work with PTTEP under the terms of an operator and transitional services agreement.

Jadestone Energy further said that it will start planning for additional investment into the Montara oil project, including an infill drilling program, which is slated to begin in 2019.

The Montara oil project is contained in the Timor Sea, and located in production licenses AC/L7 and AC/L8, about 690km west of Darwin.

Overall, the offshore oil project involves drawing of oil using subsea production wells within the Montara, Swift, Skua and Swallow oil fields. The produced oil is sent through subsea flowlines to an unmanned Wellhead Platform (WHP) and then to the Montara Venture Floating Production Storage and Offloading (FPSO) facility, which is moored in the Montara field.

Through the acquisition of the Montara oil project, Jadestone Energy will be adding 10.3 thousand barrels of oil per day (mbbl/d) of OECD production along with 2P reserves of 28.2 million barrels of oil (MMbbl). This, in turn, will help the Singaporean oil and gas company to more than triple its production to 13.9mbbl/d while boosting its 2P reserves to 45.3MMbbl.