Eagle LNG Partners has confirmed receipt of the final environmental impact statement (FEIS) for its Jacksonville Export LNG Project in Florida from the US Federal Energy Regulatory Commission (FERC). 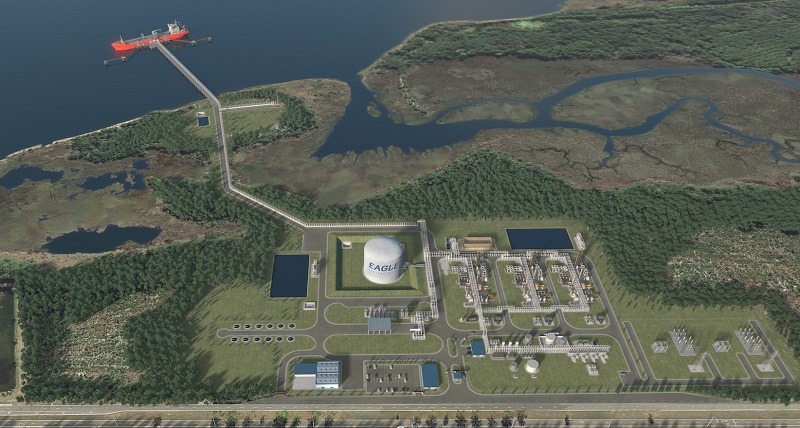 The Jacksonville Export LNG Project, which will see an infrastructure investment of around $500m, is a proposed liquefied natural gas (LNG) production, storage and export facility, to be constructed on St Johns River in Jacksonville.

The LNG project will initially feature three liquefaction trains, which, at full build-out, will have the production capacity of up to 1.65 million gallons of LNG per day, which is equivalent to nearly one million ton per annum.

Each of the LNG trains will have a capacity of 0.33 million tons per annum of LNG. Also part of the Jacksonville Export LNG Project are an LNG storage tank with a capacity of 45,000m3, LNG truck loading facilities, marine facilities, and other infrastructure.

Commissioning of the Jacksonville Export LNG Project is targeted for 2021 after the company takes a final investment decision (FID) in the second half of 2019.

The FEIS from the energy regulator is the last step in the environmental review process before the final federal authorization decision deadline and the FERC approval of the LNG project, said Eagle LNG Partners, which is a fully-owned subsidiary of Ferus Natural Gas Fuels.

The company has been seeking the FEIS since December 2014. The entire process covered various environmental, safety and security reviews compiled by input from federal and state agencies and a number of stakeholders.

Eagle LNG president Sean Lalani said: “Achieving this critical milestone is a significant step forward for Eagle’s Jacksonville LNG Export Facility as we continue to advance our efforts to supply clean burning, domestic and affordable LNG for marine bunkering and small-scale LNG export to both domestic and international markets.

“We appreciate the continued support we have received from regulators, the Jacksonville and North Florida communities, and local agencies.”

Lalani added that with its prime location along the Florida east coast, the LNG export project is expected to play a role in helping some of the lowest-cost power generation for nearby countries in the Caribbean.