The attack on the Sabiti oil tanker took place on 11 October, less than a month after drone attacks on Saudi Arabia's Abqaiq and Khurais facilities which hamstrung more than 5% of the world's global oil supply and was blamed on Iran 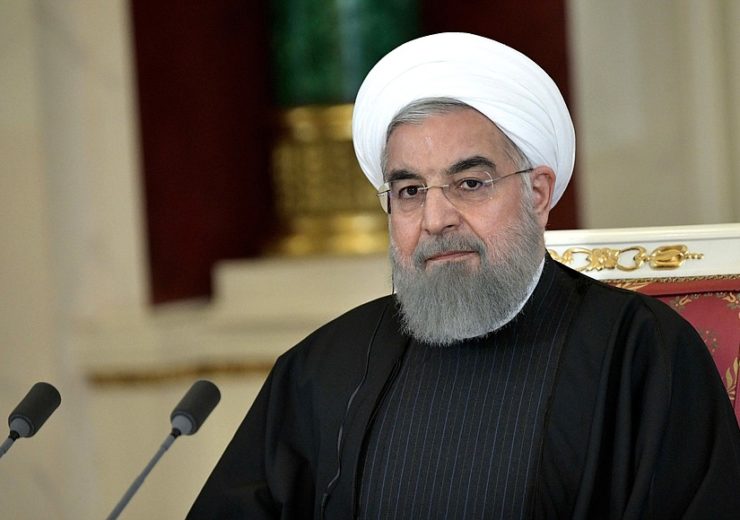 Iran's president Hassan Rouhani would not identify a specific culprit his government blames for the attack (Credit: kremlin.ru)

The attack on one of Iran’s oil tankers last week was launched by a government and could not have been the action of a terrorist group, according to the country’s president.

In a media conference on 14 October, his first for more than 12 months, Hassan Rouhani said his officials had seen footage of the incident but would not confirm whether Tehran had identified a specific culprit.

“If a country thinks that it can create instability in the region without getting a response, that would be a sheer mistake.”

Who was responsible for the Iran oil tanker attack?

The attack on the oil tanker, called Sabiti, took place on 11 October, less than a month after drone attacks on Saudi Arabia’s Abqaiq and Khurais facilities, which hamstrung more than 5% of the world’s global oil supply and was blamed on Iran.

Foreign minister Adel al-Jubeir was quick to deny any Saudi Arabian involvement in the Iranian incident, however: “We did not engage in such behaviour at all — this is not how we operate and that’s not how we did it in the past.”

Before this, however, the Saudi Crown Prince Mohammed bin Salman, in an interview with CBS on 29 September, claimed global oil markets will suffer from rapidly escalating prices if nothing is done following the attacks on his country’s oil facilities.

He said: “This attack hit the heart of the global energy industry and disrupted 5.5% of the world’s power needs — the needs of the US, China and the whole world.

“This was an act of war — if the world does not take strong and firm action to deter Iran, we will see further escalation that will threaten world interests.

“Oil supplies will be disrupted, and oil prices will jump to unimaginably high numbers that we haven’t seen in our lifetime.