Voltalia was selected to build the solar field located on the soft rolling hills on the outskirts of Mubuga village on 11.5 hecters of privately-owned land 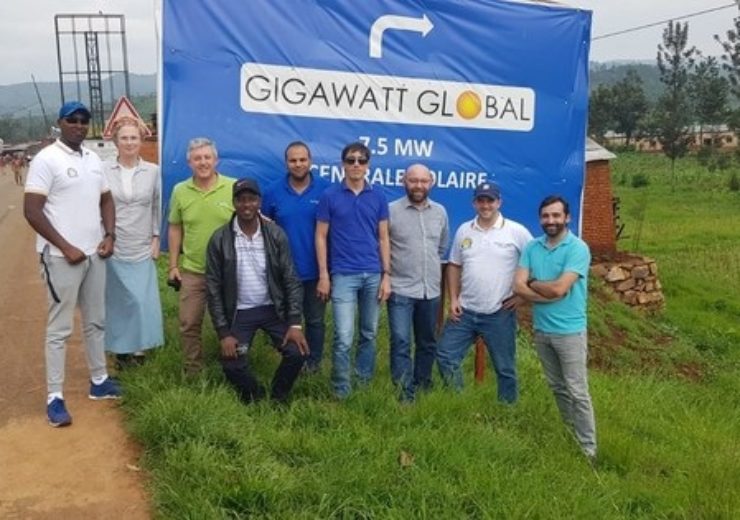 Work begins to develop a 7.5 MW solar field in Burundi by frontier renewable energy developer Gigawatt Global, a Dutch company with American investors and a founding partner of the U.S. Power Africa initiative.

“It takes a global village to bring utility-scale green energy to where it is needed most in Africa,” says Yosef Abramowitz, CEO of Gigawatt Global, and named by CNN as one of the world’s six leading ‘Green Pioneers’.  “Following the lack-luster United Nations climate conference, we are demonstrating to the world that it is possible to create and scale a business model to achieve, especially in frontier markets, many of the United Nations Sustainable Development Goals (SDGs).”

Gigawatt Global and its partners selected Voltalia, the French engineering, procurement and construction company, to build the solar field, which is located on the soft rolling hills on the outskirts of Mubuga village on 11.5 hecters of privately-owned land. The field will be using 25,140 Suntech panels and 56 Kaco string inverters and is expected to be interconnected well before the United Nations COP 26, which will be hosted by the UK.

“Bringing clean energy to one of the world’s least developed countries fulfills Gigawatt Global’s mission to be a premier impact platform of choice for renewables in Africa,” says Michael Fichtenberg, Managing Director of Gigawatt Global Burundi SA and the VP of finance and business development for Gigawatt Global Cooperatief.  “We accomplished this pioneering project together with supporters from across the entire development spectrum, including innovative financial products being deployed for the first time with this project.  We believe this demonstrates how solar power can be implemented in other developing markets, while decreasing dependency on costly and polluting diesel generators.”

“We are extremely pleased to be working with Inspired Evolution, UK’s Renewable Energy Performance Platform (REPP), the new U.S. International Development Finance Corporation, and USAID’s Power Africa, and our partners in the government of Burundi, in particular the Ministry of Energy,” Fichtenberg added.  “We are especially proud to be the first to implement the innovative Regional Liquidity Support Facility (RLSF) by African Trade Insurance Agency (ATI), and to enable further projects to be realized across the continent.”

Caecilia Wijgers, Dutch ambassador to Burundi, said: “In our partnership with Burundi, the private sector perspective is key to contribute to sustainable development. I am therefore very pleased that Gigawatt Global can start construction work for the solar power plant project in Mubuga, Gitega. It is commendable that this investment was done on a private and commercial basis.”  FMO, the Dutch development bank, is also a partner in the financing, as one of the backers of Inspired Evolution.

James Eedes, Head of Project Finance who led the investment on behalf of the Evolution II Fund, managed by Inspired Evolution Investment Management, added, “This is a pioneering project in many ways, both to open up the Independent Power Production market in Burundi and to crowd-in funders and credit enhancement providers to realise a complex but important project for the country.”

The project will fill the power needs of more than 87,000 people and businesses, will provide 300 temporary jobs during construction, and will support up to 50 permanent jobs during the 25-year operational phase.

Gigawatt Global, which inaugurated sub-Sahara Africa’s first utility-scale solar field in 2014 in Rwanda with a high-profile visit of U2’s Bono, kicks off in Burundi a 10-country African solar and wind pipeline for the decade. The Company is investing in very high-impact green energy projects, with a pipeline of 350 MW, and is currently pursuing a Series A institutional investment round to expand its reach. Gigawatt Global’s Burundi project, located 10 kilometers from Gitega city, is the largest private sector investment in Burundi’s energy sector in 30 years, and will be the first permanent power station built in that time.

Geoff Sinclair, Managing Director of Camco Clean Energy, which manages UK’s REPP, said: “Today’s announcement is a landmark moment for Burundi’s energy sector – once built the solar plant will add nearly 15% to the generation capacity of its grid using clean energy. It’s also an important milestone for REPP, as this project is the first in its portfolio to begin construction, having received funding support from REPP throughout its development and financial close process.”

John Lentaigne, CEO of ATI, said: “ATI has a strong institutional focus on supporting our member countries transition to the green economy. Thanks to the support of the German government and KfW, the RLSF is one of a number of insurance solutions that we are using to help address climate change in Africa. The RLSF enables countries that have signed onto it to attract quality independent power producers, who are in turn able to efficiently implement renewable energy projects in their countries. This solar-project in Burundi is the first of what we expect to be many more green projects in our countries that will benefit from ATI’s de-risking solutions.”

“Achieving financial close Burundi’s first grid-connected solar independent power project is a huge milestone for the country and for all parties involved,” said Kaushik Ray, a partner in Trinity International, a leading law firm.  “Trinity is proud to have helped all its clients at various stages navigate through complex structuring to deliver a pathfinder project.” Trinity International advised the Gigawatt Global and Inspired Evolution equity teams since 2017, as well as ATI.

Gigawatt Global’s Abramowitz added: “We are proud to kick-off the UN’s Decade of Action toward fulfillment of the Sustainable Development Goals with this landmark solar investment.  We have operations in 10 African countries and look forward to expanding our partnerships so that we can bring power to the people of Africa.”