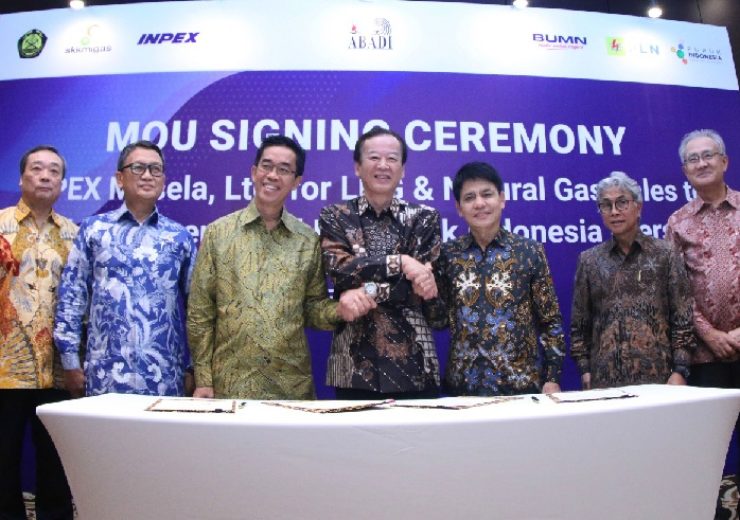 The parties will now negotiate the sales and purchase agreements for the supply of LNG to PLN-operated natural gas-fired power plants as well as natural gas (150 million standard cubic feet per day) to a coproduction plant, which is planned to be built by Pupuk Indonesia.

The long-term supply deals are said to align with the Indonesian Government’s aim to optimise domestic natural resource utilisation.

Inpex is the operator of Abadi LNG project with 65% interest

Inpex is the operator of the integrated LNG project with a 65% stake. The remaining 35% stake is held by Royal Dutch Shell.

Last year, Inpex secured approval from the of Indonesian government authorities for a revised plan of development (POD) of the Abadi LNG project, which involve the development of the Abadi gas field contained in the Masela Block in the Arafura Sea.

The revised POD calls for the development of an onshore LNG project with an annual production capacity of 9.5 million tonnes of LNG.

Located at depths ranging between 3,700m and 3,900m, the Abadi field reservoir is of the Middle Jurassic Plover Formation.

The field is being developed in phases using a subsea production system and a floating LNG facility (FLNG), which will include an LNG loading plant, an LNG storage tank and a loading facility.