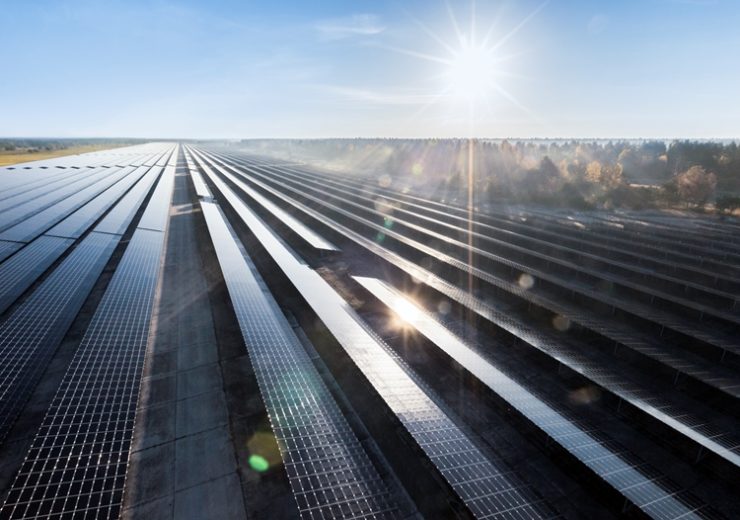 Audax Renovables has signed a Power Purchase Agreement (PPA) with innogy regarding the supply of green power from innogy’s 50 Megawatt (MW) Alarcos solar plant. The agreement will cover an important part of the electricity that Audax needs to supply its Spanish customers with 100% green power.

The long-term contract will run for 10 years – starting in the first half of 2020 when Alarcos photovoltaic plant is expected to be fully operational. From then on innogy’s solar farm will supply its annual production of around 100 GWh (gigawatt hours) to Audax and will certify the green origin of the electricity produced through the issuance of Guarantees of Origin.

Holger Himmel, CFO Renewables at innogy SE, says: “With this deal, we are demonstrating how climate protection is possible under market conditions: The PPA enables us to operate our Alarcos solar farm without any state subsidies. This underlines that solar energy is already competitive. Decreasing prices for equipment will further drive this development. Additionally, this PPA allows Audax to supply its customers in Spain in a climate-friendly manner.” “Our aim is to continue to expand renewables worldwide, by working on PPA-based projects and partnerships such as this one with Audax,” adds Keith Moseley, Commercial Director at innogy SE.

José Elías, President of Audax Renovables S.A., explains: “This agreement is in line with our strategic objectives of obtaining the most profitable and cleanest energy through long-term PPA contracts to drive our growth. The PPA with innogy will allow us to consolidate our position as the first independent energy supplier for the SME segment in Spain.”

The large-scale Alarcos solar farm is currently under construction south of the city of Ciudad Real in the Autonomous Community Castilla-La Mancha. It is anticipated that commercial operations will start in the second quarter of next year. After full commissioning, the photovoltaic plant will produce enough green electricity to supply the equivalent of around 25,000 homes. innogy’s subsidiary BELECTRIC is responsible for the entire construction and will also take on operation and maintenance of the solar farm as a service provider.