ScottishPower is also participating in 'Scot2Ger', an international collaboration project to explore future opportunities for exporting green hydrogen, manufactured by electrolysis, from Scotland to Germany 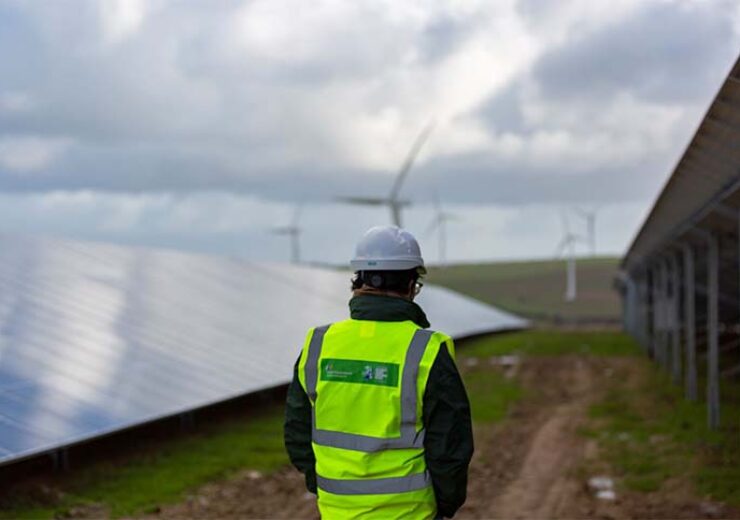 The pilot facility to be operated by Iberdrola will test whether the technology can be applied on a large scale for ammonia production. (Credit: Iberdrola, S.A.)

Iberdrola, through its subsidiary ScottishPower External link, opens in new window., is to install a pilot plant in the UK to test a new electrolyser technology that could reduce green hydrogen production costs.

The project, called GreeNH3, will be developed together with Proton Ventures – a provider of green engineering solutions – and Supercritical, which has developed this new type of electrolyser. Using heat and pressure, Supercritical’s design allows gases to be delivered at over 200 bar pressure without the use of compressors, saving up to 20% energy to produce the same amount of hydrogen.

The UK Government today announced its support for this initiative through the Net Zero Innovation Portfolio Low Carbon Hydrogen Supply 2 programme, with grants of up to £6 million.

UK Energy Minister Greg Hands said the project “will help drive forward the development of hydrogen as the clean, affordable, home-grown superfuel of the future. The UK is leading the world in hydrogen innovation thanks to exciting efforts like this.

The pilot facility to be operated by Iberdrola will test whether the technology can be applied on a large scale for ammonia production. Currently, most of the carbon emissions generated in ammonia production are due to the use of hydrogen from fossil fuels.

This new high-pressure electrolyser – powered by renewable energy supplied by the company – will be used in an ammonia module supplied by Proton Ventures, where green hydrogen, at extremely high pressures, will combine with nitrogen from the air to produce ammonia.

“Innovative solutions like this are driving the clean fuels revolution, bringing green hydrogen and ammonia to markets that may not have realised there is a greener alternative. We hope to demonstrate that there is a more sustainable and cost-effective way to produce ammonia,” explained Barry Carruthers, ScottishPower’s Hydrogen Director.

This facility will be located at one of the company’s green hydrogen sites in the country. Iberdrola is currently promoting the two main green hydrogen projects in the UK.

In partnership with Storegga, it will develop a project in Comarty, north of Inverness, which will enable the decarbonisation of distillery heating processes. In the first phase, which will be operational from 2024, it will produce up to 4,000 tonnes/year of green hydrogen, with the potential to expand to a total of 20,000 tonnes/year in the future.

The company will install a 3,000 tonne/year green hydrogen plant at its Whitelee wind farm outside Glasgow, which will come on stream in 2023 and be able to supply enough emission-free green hydrogen to power up to 550 round-trip buses a day between Glasgow and Edinburgh. The project is also supported by the UK Government, which has committed £9.4 million to its construction.

ScottishPower is also participating in ‘Scot2Ger’, an international collaboration project to explore future opportunities for exporting green hydrogen, manufactured by electrolysis, from Scotland to Germany.

The Iberdrola group – which has just inaugurated Europe’s largest green hydrogen plant for industrial use in Puertollano – currently has a portfolio of green hydrogen projects that will require investments of €9 billion by 2030, with the aim of developing 400,000 tonnes/year of green hydrogen.