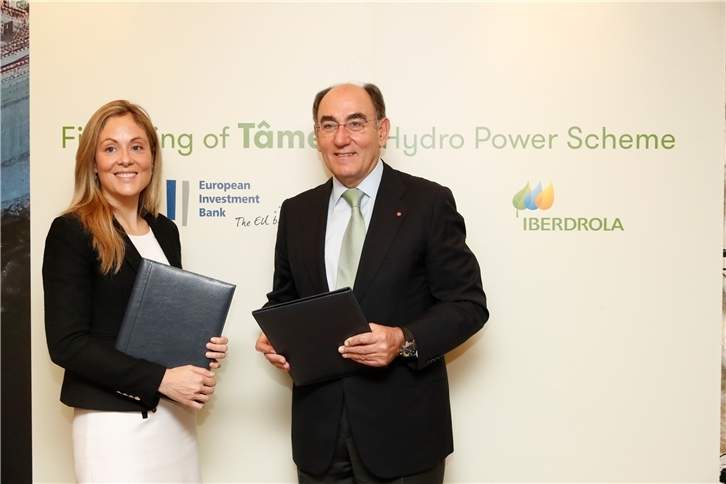 These major hydro electrical projects will increase energy storage capacity in the EU, while providing services to Iberian grid operators. The projects will also facilitate the increase in the share of renewables to the Portuguese energy mix.

As first tranche of the project, the EIB and Iberdrola have signed a €500m loan, out of the total allocated €650m funds approved for the project.

The dams (Alto Tâmega, Daivões and Gouvães) will be located in the Douro River Basin and are expected to supply about 1760GWh of clean electricity per year to the Iberian market. The project, through its construction phase is expected to generate up to a total of 13,500 direct and indirect jobs and several hundred during the operational phase.

Iberdrola CEO Ignacio Galán said: “This financing agreement is another step in our collaboration with the EIB and marks a new milestone in one of the largest energy projects in the history of Portugal.

“The development of the Tâmega hydro power scheme involves three of Iberdrola’s core strategic undertakings: investing in clean generation capacity, the development of new storage capacity – with pumped hydro being the only technology to store large amounts of energy efficiently and sustainable financing. 23% of our financing is already green which highlights our commitment to sustainable development.”

This project is part of the Portuguese National Programme for Dams with High Hydroelectric Potential (PNBEPH). Iberdrola, the promoter of the project had won the right to design, build and operate the plants through a competitive tendering process.

EIB vice president Emma Navarro said: “This agreement represents a new step towards the implementation of the EU energy policy and climate action objectives. This EIB financing will support the increase of renewable generation in the Portuguese energy mix and will contribute to a sustainable and secure supply of energy.”