Foundations for the French wind farm will be fabricated by Navantia and Windar at their facilities in Fene and Avilés, respectively 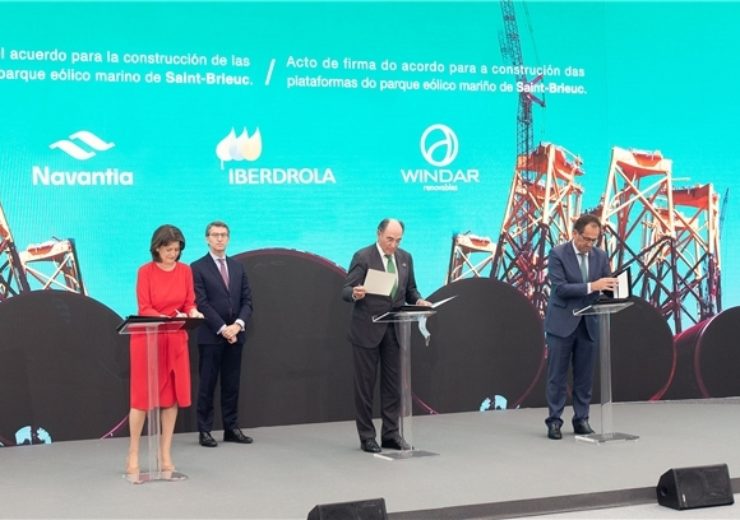 Spanish energy company Iberdrola, through its subsidiary Ailes Marines, has awarded a €350m contract to Navantia-Windar  to build 62 jackets for the 484MW French offshore wind farm.

As part of the contract, the Navantia will fabricate the jackets at its Fene facilities and the piling work will be undertaken by Windar at its Avilés site. The final assembly of all components will take place at the Galician shipyard facilities.

To be located off the coast of Brittany, in an area covering 78km², the Saint-Brieuc offshore wind farm is expected to generate enough clean energy to fulfil the needs of about one million people.

Iberdrola chairman Ignacio Galán said that with this contract “we are showing that the green economy is a major source of industrialisation and sustainable, quality jobs, now that revitalizing the activity is more important than ever.

“It confirms Europe as a great common project for the benefit of all. A Europe united and strong, where companies can make very relevant contributions to infrastructures like Saint-Brieuc offshore wind farm.”

The contract between Iberdrola and Navantia-Windar is expected to create nearly 2,000 direct jobs.

While about 1,000 jobs will be located in Galicia and Asturias regions in Spain, about 1,100 jobs could be created in France, specifically in new fabrication facilities around the ports of Brest, Le Havre and the future marshalling port, which is yet to announced.

To execute the contract, the consortium is expected to open a plant in Brest, to produce stabbings, lower joints and truss structures for 34 of the 62 jackets.

Iberdrola will invest nearly €2.4bn in the Saint-Brieuc offshore wind farm, which is expected to come online in 2023.

The company has also committed to invest up to €4bn in the French market in the next four years.