Iberdrola is to develop more than 1,800 MW in the community over the coming years in renewable projects - wind and photovoltaic - for which it will allocate investments in excess of €1.3bn 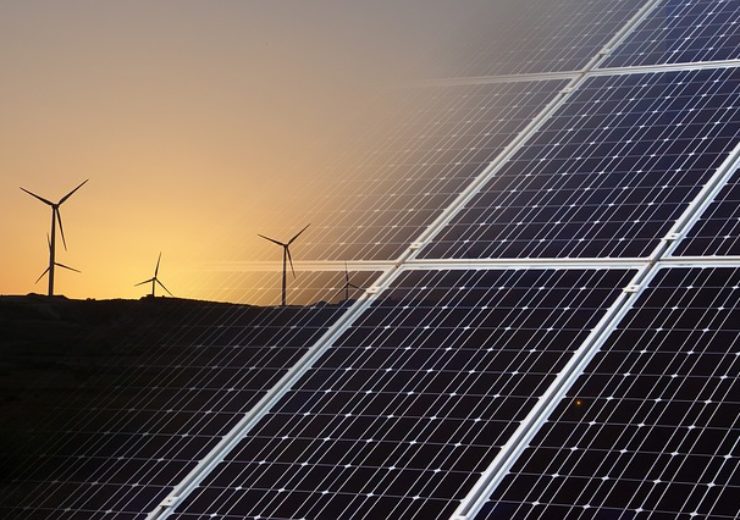 Iberdrola is stepping up its strategy for the consolidation of an energy model for the future with a boost in its renewables investments in Castilla y León. The company’s plans will contribute towards the green recovery and create opportunities for sustainable economic growth in the area, and the transformation of the Velilla region.

Iberdrola is to develop more than 1,800 MW in the community over the coming years in renewable projects – wind and photovoltaic – for which it will allocate investments in excess of €1.3bn. This volume of resources will galvanise the industrial fabric and create 18,000 jobs, according to estimates by the National Integrated Energy and Climate Plan (PNIEC).

In Velilla, the company will build the largest photovoltaic plant in the region, with a total of 400 MW of installed capacity, making it also one of the largest in Spain. These actions will involve an investment of €300m and, according to calculations used by the PNIEC, create over 4,000 jobs.

Its transformation plan in the area also includes investments in smart grids and sustainable mobility, the installation of a waste assessment plant, training programmes and the creation of a Civic Innovation Platform to incentivise entrepreneurship in the region. The dismantling work for the thermal plant over the next four and a half years will allow collaboration with local suppliers to continue. Their involvement in these tasks will constitute greater volume than that enjoyed at the moment.

650 renewable MW and an ongoing project portfolio of over 1,100 MW

Iberdrola’s strategy for the transformation of the Velilla municipality hinges on three points: investment in 100% renewable projects, energising of the business fabric and local employment based on green principles, and support for local enterprise.

Iberdrola has over 650 MW of renewable energy under construction and in the pipeline in the region, in wind and photovoltaic projects. The company has just begun work on the Herrera wind power complex, with the Spanish market’s most powerful wind turbines to date, and the Fuenteblanca plant; and is working on the Buniel and Valdemoro wind power schemes – whose164 MW of power make them one of the company’s and the nation’s biggest – as well as three photovoltaic plants of over 400 MW, including a solar plant in Ciudad Rodrigo.

Additionally, Iberdrola is backing a renewables investment plan in the area with the development of a portfolio of wind power and photovoltaic projects currently totalling more than 1,100 MW, the plans for which will begin this year for roll-out from 2022.

In Castilla y León, Iberdrola has been leading the field for over 15 years in its support for renewable energy, with 5,100 MW of wind and hydro power in operation, making this the region with the most “green” power installed by the company.

Iberdrola’s accelerated green recovery plan will be enhanced by more investments in the fields of renewal, improvement and digitisation of the company’s distribution network infrastructure, in which it is to invest €70m per year, as well as in the promotion of electric mobility, with the installation of electric vehicle recharging points in the region and surrounding area.

Iberdrola will be promoting circular economy projects in the region, such as the installation of a waste assessment plant for the processing and recycling of ash, rubble and plaster with the aim of turning them into new materials for the construction sector.

Electrification is set to become a lever in the revitalisation of the economy and jobs, and will offer development opportunities for local suppliers.

Iberdrola will make annual purchases worth €150m from more than 700 local companies, creating 265 jobs per year. This collaboration has allowed progress to be made in the configuration of a new industrial fabric to participate in the building of renewable developments, the implementation and maintenance of electricity grids and environmental consultancy work.

Civic Innovation Platform to incentivise entrepreneurship in the area

Iberdrola’s transformation plan for the Velilla region includes the establishment of a Civic Innovation Platform to focus enterprise initiatives – the key to innovation for the energy transition – to act as a catalyst in the processes of collaboration between society, public entities and businesses. The intention is to incentivise entrepreneurs and start-ups that are considering setting up in the region and to study finance options for R+D+i initiatives from local providers.

The company will make available to the community a team made up of academics from the Universidad Politécnica de Madrid who are part of EIT Climate-KIC, a knowledge and innovation network which is an offshoot of the European Institute of Innovation and Technology, and dedicated to accelerating the transition towards a decarbonised economy.

The initiatives in this field also include the promotion of training and awareness programmes aimed both at Dual Professional Training and at institutes and universities in the area, with the aim of improving employability.

Through a number of different schemes – agreements with local institutions, the ‘Iberdrola U’ youth enterprise programme, and training activities at the Iberdrola Campus in smart solutions concerned with electric mobility, self-generation and climate control – the company will promote employability for young people and local professionals with the aim of turning them into active contributors in the energy transition.

Late in 2017, Iberdrola requested authorisation to close its last remaining thermal power stations in the world, located in Velilla (Palencia) and Lada (Asturias), in response to its decision to replace CO2 emitting facilities with the latest clean energy sources, thereby leading the energy transition towards a new sustainable energy model. The company hopes to be practically free of emissions in Europe by 2030 and has a target of achieving carbon neutrality by 2050 globally. Since 2001 Iberdrola has closed 15 coal and oil plants around the world, totalling almost 8,500 MW.

This commitment to green renewal has led it to commit record investments this year of €10bn into renewable energy sources, smart grids and large-scale storage systems, having earmarked €25bn since 2001 in Spain (rising to €100bn throughout the world) which has allowed the creation of 80,000* jobs nationally.

Iberdrola is the leader in renewable energies in Spain, with an installed wind capacity of more than 6,000 MW and over 16,500 MW in renewables as a whole. Worldwide, the total amounts to more than 32,000 MW, making its generation facilities among the cleanest in the energy sector.