Iberdrola has completed the construction of the Chimiche Park in Granadilla de Abona (Tenerife), its first wind farm in the Canary Islands. 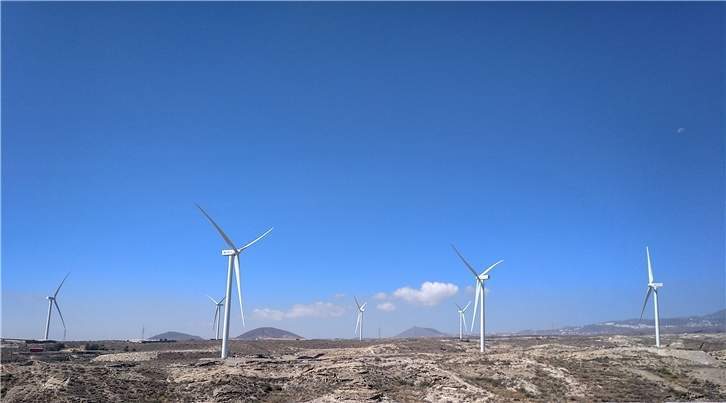 This is the first built by the company in Spain in the last six years. Containing seven 80-metre, 2.625 MW Siemens Gamesa wind turbines, the park has a total capacity of 18.375 MW, assigned in the Specific Canary Islands Wind Power Quota Tax Scheme.

The facility will be operational before the end of this year and its production will allow the supply of renewable energy to a population equivalent to 15,000 households, which will avoid emissions of 33,000 tons of CO2.

The project, which Iberdrola shares with a local partner through the company Energías Ecológicas de Tenerife, represents an investment of €30m to install the wind turbines, the electricity transmission line and the transformer substation.

Connecting to the substation, which is 4km from the park, has required a series of complex civil engineering tasks to deploy the electrical infrastructure across a landscape that is characterised by the existence of many ravines.