In Massachusetts, the Spanish energy company is involved in constructing the 800MW Vineyard Wind One project, the 1.23GW Commonwealth Wind offshore wind farm, and the 804MW Park City Wind project 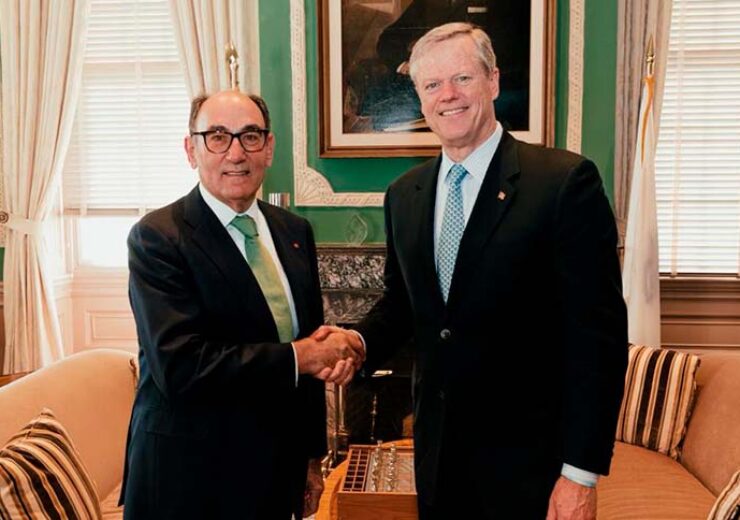 Iberdrola has announced an investment of over $10bn in the US state of Massachusetts to develop three offshore wind complexes that have a combined capacity of more than 2.8GW.

In Massachusetts, the Spanish energy company is involved in the 800MW Vineyard Wind One project, the 1.23GW Commonwealth Wind offshore wind farm, and the 804MW Park City Wind project.

Iberdrola is also developing a 1.2GW interconnection line for transporting hydroelectric power sourced from Canada and supply it to 1.2 million households in New England.

Dubbed as New England Clean Energy Connect (NECEC), the 233km long transmission line will be developed with an investment of $950m in partnership with Hydro-Québec.

According to Iberdrola, its projects will meet 35% of the electricity demand in Massachusetts with clean energy. The projects are also expected to open up 4,000 jobs during their construction stage over the next few years.

Iberdrola’s chairman Ignacio Galán presented the company’s investment plans with Massachusetts Governor Charlie Baker. During the meeting, Galán also explained how the Spanish group aims to double its renewable generation capacity in the US by implementing its 2020-2025 growth plan.

Galán said: “Our projects in Massachusetts will be fundamental to achieving the US goal of reaching 30,000 MW of wind energy by 2030, and with them we will generate industrial development and employment.”

In late 2021, Iberdrola’s subsidiary Avangrid Renewables and Copenhagen Infrastructure Partners (CIP) had started construction on the Vineyard Wind One project. Vineyard Wind One will be the first large offshore wind farm in the US.

Last December, Avangrid awarded a contract for the Commonwealth Wind offshore wind farm, which will involve an investment of $4bn.

The Park City Wind project, which is located 37kms off the coast of Massachusetts, is anticipated to be completed in 2027.

Iberdrola also owns the 2.5GW Kitty Hawk development area off the coast of North Carolina and Virginia. The Spanish firm has commenced the permitting process with the Bureau of Ocean Energy Management (BOEM) for the 800MW Kitty Hawk North wind farm, which is the first project planned to be executed in the area.

Last year, the company revealed its goal to achieve an operating capacity of 13.2GW of renewable capacity in the US by 2025.