Hyundai Heavy Industries has bagged a contract from Steelhead LNG and Huu-ay-aht First Nations for providing the front-end engineering and design (FEED) of two At-Shore LNG hulls for the first phase of the Kwispaa LNG Project in the Canadian province British Columbia. 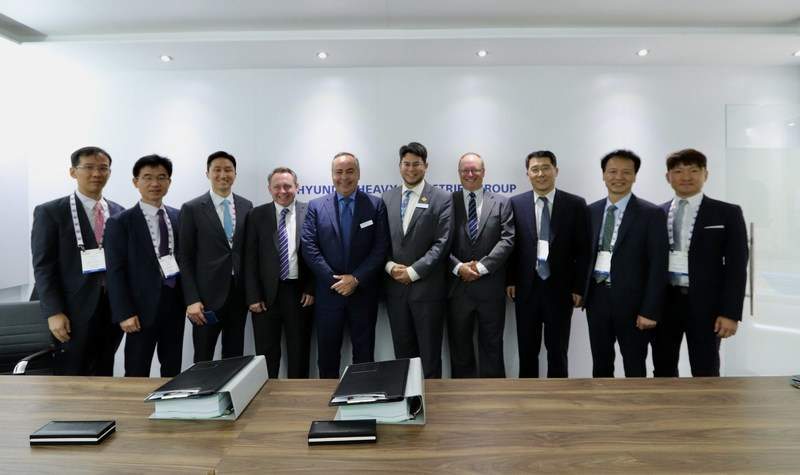 The Kwispaa LNG Project is a proposed LNG export facility at Sarita Bay, located on Vancouver Island on land owned by the Huu-ay-aht First Nations.

According to Steelhead LNG, the award of the FEED contract to Hyundai Heavy Industries marks the start of the process before the construction of the two At-Shore LNG hulls with a combined cost of $500m.

Steelhead LNG CEO Nigel Kuzemko said: “This agreement with Hyundai Heavy Industries for two At-Shore LNG hulls again demonstrates the technological innovation and creative solutions that we are developing as part of the Kwispaa LNG Project to offer Asia-Pacific buyers with cleaner and competitively priced LNG from Canada.”

Each of the two hulls is likely to be 340m long with a width of 60m. The hulls will each comprise five individual tanks that will have nearly 280,000m3 of internal LNG storage.

Steelhead LNG said that the contract given to the South Korean shipbuilding company secures the cost for the construction of the At-Shore LNG hulls in the future and enables fair price adjustments for certain defined parameters that could vary throughout the FEED process.

Hyundai Heavy Industries, in a statement, said: “As a global leader in the ship-building industry, we are tremendously pleased to be partnering with Steelhead LNG for the design of the At-Shore LNGTM hulls for the Kwispaa LNG Project.

“This agreement is a reflection of our world-leading technical and manufacturing capabilities, and we look forward to proceeding into FEED for this important project.”

A final investment decision on the Kwispaa LNG Project is expected to be reached in 2020.

The first phase of the Canadian LNG export facility, which is anticipated to be placed into service in 2024, will have a storage capacity of around 12 mtpa, with scope to be expanded to 24 mtpa in the future.