Hydropower projects in Nepal, the Solomon Islands and Vietnam are set to benefit from funding approved by development banks 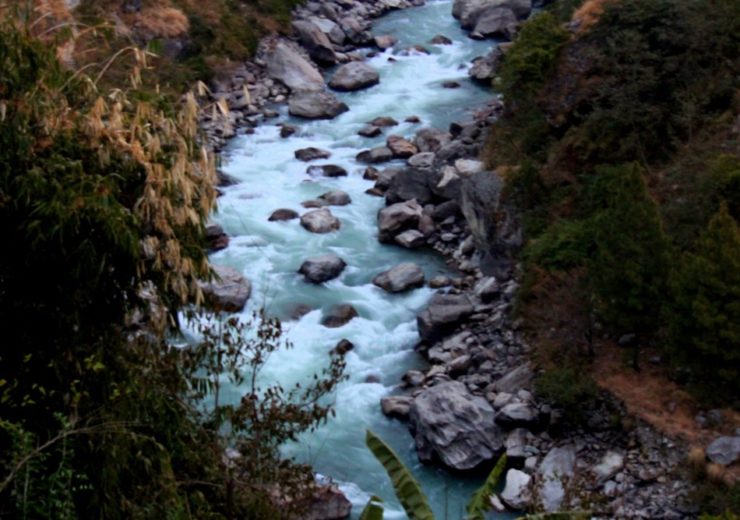 Trishuli River in Nepal. A 216MW, run-of-the-river hydroelectric plant is being developed on the river. Image by Shree Krishna Dhital, Wikimedia commons

There have recently been some landmark deals for hydropower investment across Asia and the Pacific. For example, the International Finance Corporation (IFC), a member of the World Bank Group, and a consortium of other lenders finalized a $453 million debt financing package that will support the construction of a major new hydroelectric plant in central Nepal.

The new plant will increase Nepal’s electricity supply by one-third from today’s levels and provide clean, reliable power to up to none million people, part of a larger effort by IFC to create markets and fight poverty in the country.

IFC is the lead arranger of the debt package, which includes eight other lenders, and is one of the largest foreign direct investments in Nepal’s history.

The financing is being provided to the privately-owned Nepal Water and Energy Development Company. The firm will develop and operate a 216MW, run-of-the-river hydroelectric plant on the Trishuli River about 70km north of Kathmandu.

Officially known as Upper Trishuli-1, the project’s financing structure, competitive tariffs, and use of internationally accepted contract standards is expected to set a standard for future hydropower projects in Nepal.

“This project is a game-changer for Nepal,” said Barshaman Pun, Nepal’s Minister of Energy. “Not only will it power hundreds of thousands of homes and businesses, but it will also serve as an of example of how private companies can help Nepal expand its hydropower sector and attract much needed foreign direct investment.”

Nepal’s rivers, fed by runoff from the Himalaya Mountains, could support 43GW of electrical generation capacity. But less than 3% of that has been developed. As well, the country has suffered from blackouts and brownouts, hampering businesses and making life difficult for residents.

“There is no question that Nepal has the potential to be an energy powerhouse,” said Bo-Seuk Yi, the CEO of the Nepal Water and Energy Development Company. “To realize that promise, Nepal can enlist the help of private companies, which have the capital and expertise to make major projects a reality.”

The new hydroelectric plant is expected to be completed in 2024. Along with generating electricity sufficient to supply up to 9 million people, based on 2017 consumption levels, it will also set new environmental and social-impact benchmarks and enhance benefits for local communities.

Furthermore, a cumulative impact assessment of existing and planned hydropower projects has been completed for the Trishuli basin, which will help guide sustainable development in the watershed.

“This project represents a significant milestone in the development of Nepal’s hydropower potential as it has been able to attract meaningful private sector participation, particularly from international investors,” said Mengistu Alemayehu, IFC Director for South Asia. “It also shows the unprecedented resilience and commitment by the government, the sponsors, and other stakeholders against all odds over the years, including a major earthquake.

“We expect this project to become a model for expanded investments in developing Nepal’s hydropower to meet the growing domestic demand and export to the neighboring countries.”

IFC and a consortium of Korean and Nepali partners, in collaboration with the Government of Nepal, have spent over seven years developing the Upper Trishuli-1 project, which is a prime example of IFC’s ability to create markets through upstream project preparation work over many years in low-income countries.

IFC is providing $190 million in financing, including $95 million of equity and loans from its own account, and $95 million as the implementing entity for other funding sources.

The Multilateral Investment Guarantee Agency, another member of the World Bank Group, will provide $135 million in guarantees to cover political risk for the sponsors.

IFC has been involved in the hydropower sector in Nepal in a number of capacities. Back in June 2019 it announced it had joined forces with the country’s government to raise environmental and social standards in hydropower projects

The Bank signed an agreement with the Forest Training and Research Centre (FTRC), under Nepal’s Ministry of Forest and Environment, to improve adherence to environmental and social (E&S) standards in hydropower development in Nepal.

Under the agreement, IFC will provide advisory services to increase private sector compliance with high E&S standards by improving development and implementation of regulatory frameworks for the hydropower sector, including trainings in all seven provinces.

The program will also facilitate investments in the hydropower sector by providing guidance on environmental and social standards and supporting inclusive development of hydropower in Nepal.

As a part of its support, IFC will focus on development and adoption of best practices, including capacity to implement the new Hydropower Environment Impact Assessment Manual (EIA), released last year by the Ministry and supported by IFC.

“To implement the EIA manual, we need to train our staff at all levels. This support will help us build our capacity as an oversight agency for environmental impact and to ensure effective compliance with environmental standards,” said Deepak Kumar Kharal, Director General of FTRC.

Given the vast environmental and social challenges Nepal faces, capturing the impacts and risks associated with hydropower development remains critical to ensuring sustainable development in the country.

“This will enable both the public sector as well as the private sector to have a clear guidance on what is expected to identify risks and manage the impact associated with hydropower projects as well as assess cumulative the impact while managing river basins holistically, particularly where multiple hydropower projects are being planned,” said Mohammad Rehan Rashid, IFC’s Resident Representative in Nepal.

The program, funded by the governments of Australia, Japan and Norway, has a strong social inclusion component focused on building resilience in communities affected by hydropower projects.

Hydropower investment in the Solomon Islands

IFC is helping to fund hydro further afield too. In December, it was announced that it had formally completed a landmark financing agreement with the Government of Solomon Islands for the Tina River Hydropower Projects.

The 15MW project will curb Solomon Islands’ reliance on imported diesel by almost 70%, lowering power prices for homes and businesses across the country, where the price of electricity is among the highest in the world and heavily exposed to global fuel price fluctuations and shocks.

The project will also pave the way for the country to reduce its greenhouse gas emissions by two and half times its 2025 target.

The financing package for the project, worth over US$200 million, through loans and grants from six institutions, marks the first large-scale infrastructure project for Solomon Islands to be developed as a public-private partnership (PPP).

“This first public private partnership infrastructure project in Solomon Islands opens the door for more, which will support much needed development, offering Solomon Islanders a better standard of living and more opportunities.”

Development of the Tina River project

“The Tina River Hydropower Development Project is expected to create at least 440 jobs during the construction phase, which is also of benefit to the economy of Solomon Islands,” said Dr. Jaeil Ryoo, Tina Hydropower Limited, Chief Executive Officer. “Private companies have the capital and expertise to help make large projects like this a reality. We look forward to starting construction soon.”

The World Bank Group’s member organizations, which include the World Bank’s International Development Association (IDA), IFC and the Multilateral Investment Guarantee Agency (MIGA) have been supporting the Solomon Islands Government to develop the hydropower project for more than 10 years, including through identifying renewable energy sources, feasibility studies, and providing risk insurance.

IFC acted as lead transaction advisor to the Government and helped put in place the PPP with project preparation, the investor selection process, negotiation of project agreements and the final financing agreement package.

“We are pleased to have supported the government of Solomon Islands by structuring a way to bring in the private sector to help the nation’s major shift from imported diesel to renewable energy,” said IFC’s Regional Director for East Asia and the Pacific, Vivek Pathak.

“With the support of Australia, New Zealand and the multi-donor facility, DevCo, the agreement now in place shows how governments and the private sector can work together on key infrastructure projects to help nations wanting cleaner, cheaper and more reliable energy for their people.”

The cheaper renewable energy delivered through the project will ensure Solomon Power, the country’s state-owned electricity supplier, can deliver cheaper power, including outside Honiara.

The total project cost is expected to reach US$240 million over the next five years.

“Since then, we have been proud to support Solomon Islands to bring this project to where it is today: with funding secured, environmental and social safeguards in place, financing arrangements locked in, and soon – the start of construction on what will be a landmark development project for the country.”

The project also marks the first in the country to introduce a unique landowner participation scheme with sharing of royalties through cooperatives benefiting more than 4,000 people from communities around Tina River, with benefits shared equitably among community members, including women and children.

Another bank that helps fund hydropower and renewable developments in the region is the Asian Development Bank.

The project marks the first large-scale installation of floating solar PV panels in Vietnam and the largest installation in Southeast Asia.

“The pairing of these two clean energy technologies – hydropower and solar – is a simple but a highly innovative achievement, which can be replicated elsewhere in Viet Nam and across Asia and the Pacific.”

First company in Vietnam to combine solar and hydropower

“We are proud to be the first company in Vietnam to construct a floating solar power plant on a hydropower reservoir,” said the Chairman of the Board of DHD Mr. Nguyen Trong Oanh. “This project aligns with DHD’s strategy of investing in renewable energy to decrease dependence on fossil fuel, contribute to energy security, mitigate climate change, and promote environmental protection and sustainable socioeconomic development.

“Hydropower reservoirs in southern Vietnam have vast solar power potential. Capitalizing on the strong relationship between EVN and ADB, we have worked together to catalyze a new source of power for the country.”

These funds were established by the Government of Canada to encourage private investment in climate change mitigation and adaptation projects in Asia and the Pacific.