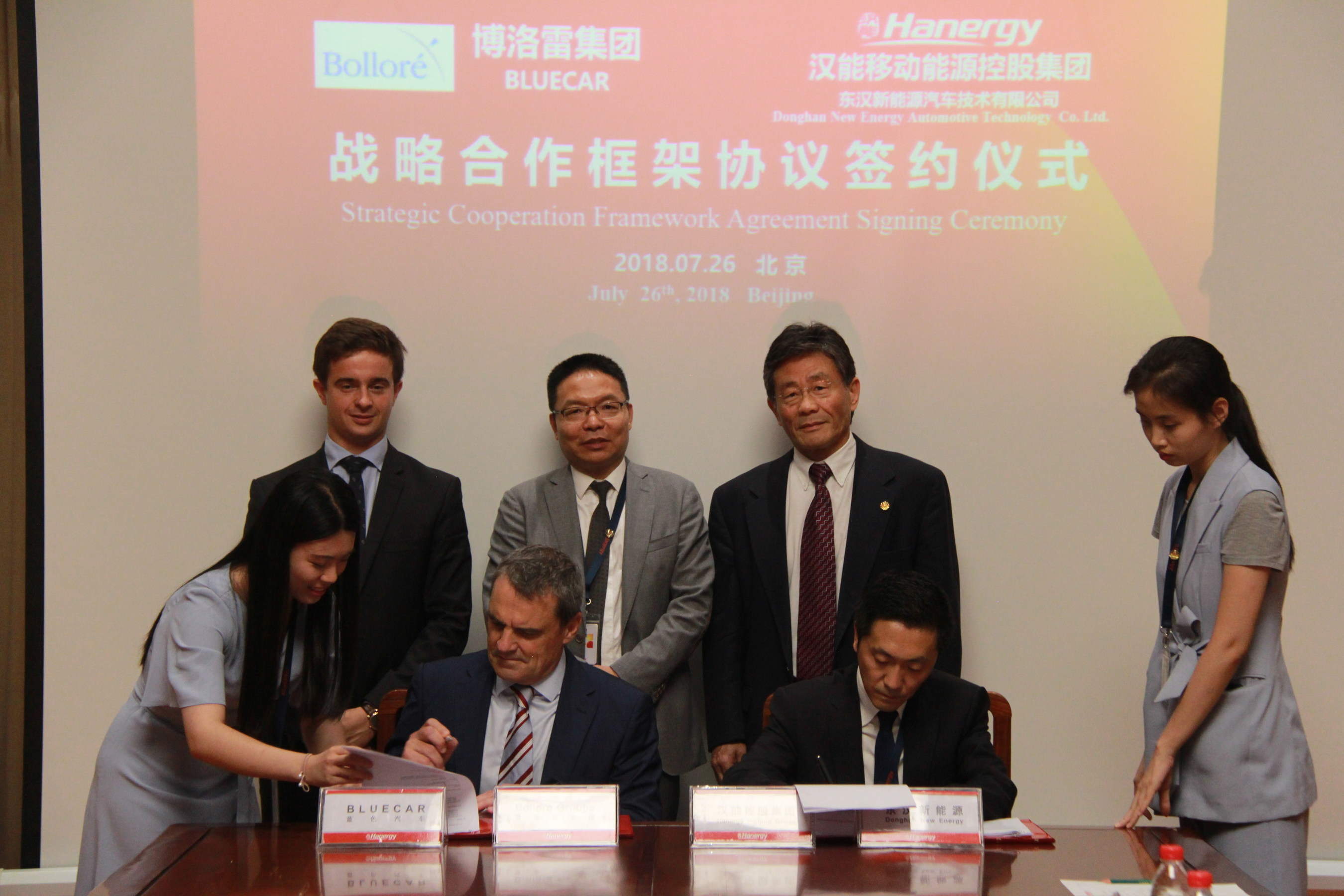 Under the aegis of the strategic agreement, the two parties will discuss the possibilities of the collaboration in designing, manufacturing and producing the solar electric vehicles. In the future, through the signing of the following four special agreements, the cooperation between the two parties might be further expanded and deepened:

First, according to their core technologies and resources, both the parties will cooperate in the designing, development and production of solar vehicles. While, Hanergy mobile energy strategy has been fully integrated, Bluecar has mature automotive design, R&D and mass production capabilities. The cooperation between the two parties intends to fully guarantee the life and the safety of solar vehicles.

Second, innovative cooperation in the development of solar power and solid-state lithium battery energy storage, utilizing solar energy as a source of power for lithium batteries.

Third, carry out cooperative business of new energy vehicles in the field of intelligent travel and public transportation. In 2008, Bluecar proposed the concept of Internet-sharing cars and successfully operated on a global scale, with extensive experience in smart travel and public transportation. Hanergy has already landed many transportation projects in ecological cities such as intelligent bus stations in mainland China. The cooperation between the two parties at this stage has already established a good hardware and software foundation.

Fourth, cooperate in the development and construction of R&D centers, production bases and other projects in areas of agreements including Asia, Africa and the Americas. The two sides will establish a win-win strategic partnership for sustainable development and believe that through the upcoming strategic cooperation, they can export higher business value and create more environmental benefits.

Since its entry in the field of thin-film solar energy in 2009, Hanergy has rapidly established its first-mover advantage in the industry through a series of precise overseas acquisitions, and through the subsequent technology digestion and integration, persistent product development, and deeply cultivated industrial chain, it has become the world’s leading thin film solar energy company. At present, Hanergy maintains four world records in the field of thin film solar energy, covering two mainstream technical routes of copper indium gallium selenide (CIGS) and gallium arsenide (GaAs), and has applied for more than 5,000 patents for thin film solar energy. Hanergy’s thin-film solar chips have the characteristics of high conversion efficiency, light weight per unit, flexible and bendable, and have created a technical premise for the application of thin-film solar technology in the automotive field.

In the past, Hanergy has also cooperated with Audi, BAIC and FAW to develop thin-film solar roofs for various models of the cars.

Further, the French Bollore Group is amongst the top 500 companies in the world. Bluecar is the subsidiary of Bollore Group that is principally engaged in the development, production and operation of electric vehicles in Europe, Singapore and the United States. The Bollore Group’s lithium metal polymer solid state battery (LMP®) technology features high energy density, high cycleability and high safety. Since its launch in 2011, Bluecar electric vehicles have been in mass production for 7 years. No burning accident occurred.