The survey has been commissioned in partnership with Evolution Mining, which will be funding 50% of the costs of the survey 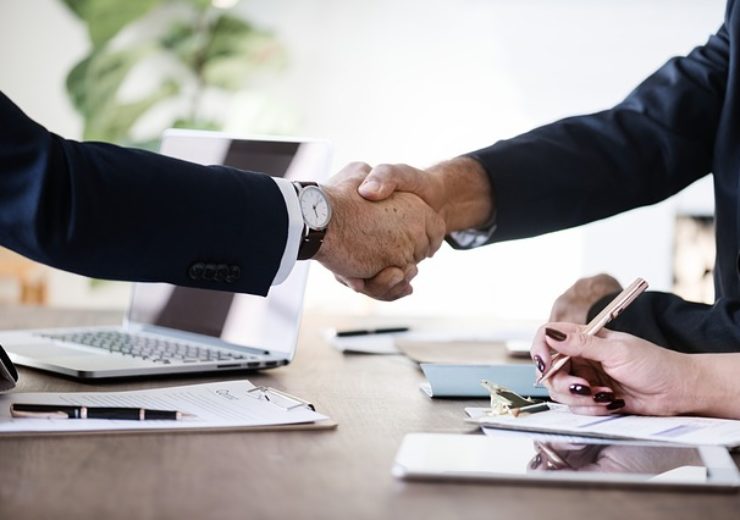 In July 2019 the Company announced the results of its reconnaissance drilling program at the Rocky Ponds prospect (Figure 1). The drilling intersected a significant zone of well-developed high-sulphidation epithermal-style mineralization below the surface of the discovery outcrop.

GSN’s current exploration hypothesis is that the drilling has intersected the marginal or peripheral part of the ore system and the exploration results are highly encouraging for the existence of a nearby, well-developed high-sulphidation gold, silver and copper deposit. The exploration findings bear similarities with the A39 deposit (2.7 Mt @ 178 g/t silver and 0.12% copper) and V2 deposit (9.02 Mt @ 1.7 g/t gold, 19 g/t silver and 0.24% copper) at Mt Carlton (owned by Evolution Mining Limited), some of the early exploration drilling results around the margins of the orebody that intersected weak gold with modest and silver and copper of comparable intersections. (Refer Figure 6 of ASX announcement 5 July 2019).

Precursors to any followup drilling programs include geophysiscs to delineate structures and targets. The hyperspectral survey will provide project-scale, high resolution base map image mosaics that will define various alteration zones over the whole of each Project and an unprecedented view of the underlying geology and mineralogy across a greenfields area. The survey information will complement the detailed geological mapping and geochemical (soil and rock chip) programs underway at each Project and will identify targets for follow up drill programs.

“Evolution presented us the opportunity to partner with them to acquire this data over our extensive Queensland land tenure which, combined with our ongoing detailed geology and geochemistry programs, gives GSN an incredibily powerful dataset to evaluate new and existing drill ready targets across our projects.

In our view, the interest from Evolution validates our reconnaissance exploration and drill programs to date at the Edinburgh Park and Johnnycake Projects and gives us the confidence that the geology has all the right attributes to host a tier 1 deposit of a porphyry and/or epithermal mineralised system. It also allows us to further examine the promising results of the drill program at the Rocky Ponds Breccia.”

Great Southern Mining (ASX:GSN) (the “Company” or “GSN”) are pleased to announce that the Company has commissioned US-based contractor SpecTIR to undertake an airborne hyperspectral imagery survey over Edinburgh Park and Johnnycake Project areas in northern Queensland.

The survey acquisition is in co-ordination with Evolution Mining Limited under a data sharing arrangement. Evolution will also be paying for 50% of the costs of the survey.

The Edinburgh Park and Johnnycake Projects are “grass roots stage” exploration projects located at the northern margin of the Bowen Basin in a region interpreted to represent a magmatic arc setting which is regarded as being prospective for porphyry copper-molybdenum deposits and epithermal gold-silver deposits.

In addition to the intersected marginal or peripheral part of the ore system at the Rocky Ponds Prospect at Edinburgh Park, mapping the entire Project areas will allow the Company to revisit the prospective Sledgehammer Gold Prospect on the Johnnycake Project (Figure 1) with previously reported rock chip samples returning 47g/t gold and 38g/t silver, 1.52g/t gold and 6.2g/t silver and 3.79g/t gold and 32.3g/t silver (refer ASX announcement of October 2017).

GSN’s exploration activity has established a geological framework for the project area which highlights strong to the Mt Carlton deposit, <30km to the south of Edinburgh Park and currently being mined by Evolution Mining. Epithermal and porphyry-style mineralisation is present in the project area with a number of prospects already delineated with promising geochemical signatures.

The survey is anticipated to be flown in October 2019 with delivery of the processed data from the survey is expected by late November 2019.

Following completion of the hyperspectral survey, GSN will continue to undertake detailed geological mapping and geochemical (soil and rock chip) programs that are in progress. These programs will be, in part, directed by the hyperspectral data and will identify targets.