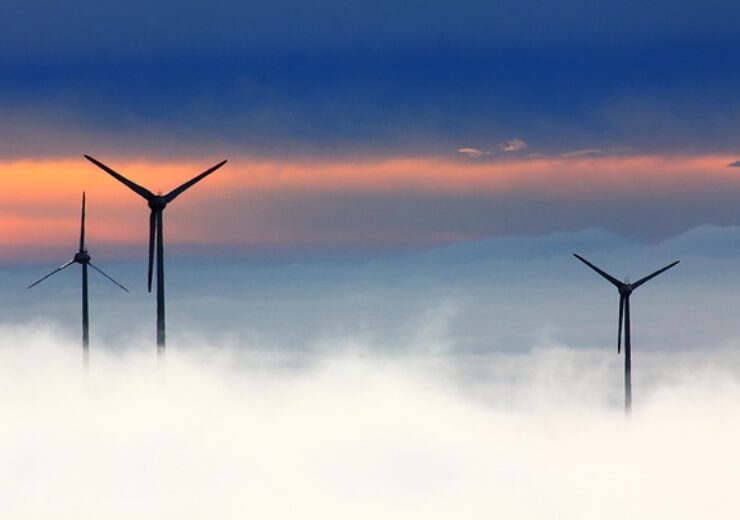 Governor Andrew M. Cuomo today announced that the New York State Public Service Commission approved an expansion of the landmark Clean Energy Standard to refocus New York’s existing regulatory and procurement structure on achieving the goals laid out in New York’s nation-leading Climate Leadership and Community Protection Act, or CLCPA. The CLCPA established a 70 percent renewable electricity by 2030 mandate, setting the State on an ambitious trajectory to a zero-emission power sector by 2040. The expanded Clean Energy Standard gives the state the authority to issue a Request for Proposals for the renewable power generation sources needed to implement this plan.

“We do not have time to waste in the fight against climate change and New York continues to lead by advancing the most aggressive policies in the nation to slow the warming of the planet,” Governor Cuomo said. “With this expansion of our Clean Energy Standard, we are further accelerating the State’s historic efforts to grow our onshore and offshore renewable capacity, and create thousands of good-paying clean energy jobs for New Yorkers that will power our economic recovery, while also ensuring a large share of the benefits go to communities and workers that have been historically disadvantaged.”

The economy-wide decarbonization called for by Governor Andrew M. Cuomo — and codified in the CLCPA — requires New York to develop a power generation sector that no longer increases greenhouse gases while providing clean electricity to a greater proportion of the overall economy. Both strategies will lead to the decarbonization of the generation sector and the electrification of other sectors — all while ensuring greater deployment of energy efficiency — and will need to be carried out collectively and cost-effectively to achieve the State’s ambitious goals.

PSC Chairman John B. Rhodes said, “Governor Cuomo’s visionary climate and energy legislation and New York’s need for a just, clean, resilient and affordable energy system require us to build smart, economic renewable energy at greater scale and at a much faster pace. This comprehensive and ambitious plan delivers on those goals and will enable all needed kinds of renewable energy to reach all New Yorkers.”
The new and improved CES will fight climate change, reduce harmful air pollution, and ensure a diverse and reliable low carbon energy supply. By focusing on low-carbon energy sources, the CES will bring competition and investment, economic development and jobs to New York State. While the clean energy industry has not been spared the economic fallout from the COVID-19 public health crisis, achievement of the CLCPA goals is expected to result in significant investment and job growth throughout the renewable energy supply chain and will be a critical part of New York’s overarching strategy to build back better.

The initiative approved today by the PSC includes the following:

New York State’s clean energy strategy has and will continue to take steps to ensure that these new investments result in jobs for New Yorkers that provide family-sustaining wages and benefits and help to align the imperative of the climate change crisis with the new urgency of the economic recovery efforts across state. NYSERDA has made a $70 million commitment to fund clean energy workforce development programs aimed at upskilling existing clean energy workers, offering training to displaced workers from traditional energy sectors, and to provide on-the-job training and internship opportunities, with a focus on priority populations including veterans, low-income individuals, unemployed power plant workers and previously incarcerated individuals, among others.

Today’s decision builds on the State’s actions to more quickly advance development of large renewable energy projects, markedly decreasing fossil-fuel generation and reducing the need for peaker plants in the downstate region. The State’s Accelerated Renewable Energy Growth and Community Benefit Act, which was part of this year’s final enacted State budget, creates a first-in-the-nation Office of Renewable Energy Siting to improve and streamline the process for environmentally responsible and cost-effective siting of large-scale renewable energy projects across New York while delivering benefits to local communities. That act also creates a Clean Energy Resources Development and Incentives Program which will assist local communities to rapidly advance new “Build-Ready” projects and includes critical provisions that will help deliver clean electricity to New Yorkers upstate and downstate by prioritizing necessary upgrades to the power grid.

Governor Cuomo’s nation-leading climate agenda is the most aggressive climate and clean energy initiative in the nation, calling for an orderly and just transition to clean energy that creates jobs and continues fostering a green economy as New York State recovers from the COVID-19 pandemic. Enshrined into law through the Climate Leadership and Community Protection Act, New York is on a path to reach its mandated goals of economy wide carbon neutrality and achieving a zero-carbon emissions electricity sector by 2040, including 70 percent renewable energy generation by 2030, faster than any other state. It builds on New York’s unprecedented ramp-up of clean energy including a $3.9 billion investment in 67 large-scale renewable projects across the state, the creation of more than 150,000 jobs in New York’s clean energy sector, a commitment to develop 9,000 megawatts of offshore wind by 2035, and 1,800 percent growth in the distributed solar sector since 2011. Under Governor Cuomo’s leadership, New York will build on this progress and reduce greenhouse gas emissions by 85 percent from 1990 levels by 2050, while ensuring that at least 35 percent with a goal of 40 percent of the benefits of clean energy investments benefit disadvantaged communities, and advancing progress towards the state’s 2025 energy efficiency target of reducing on-site energy consumption by 185 TBtus.