The agreement with Masdar, Abu Dhabi Future Energy Company will see the supply of 111 GW155-4.5MW to the Zarafshan wind farm in the Navoi region in central Uzbekistan 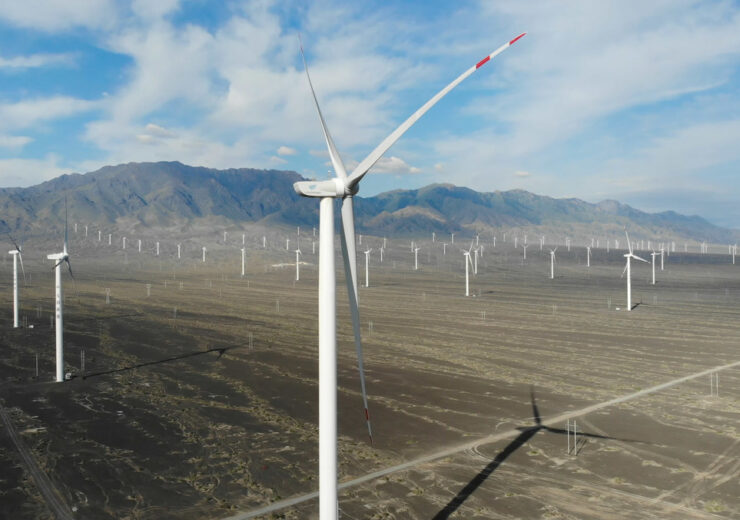 Goldwind has secured a new deal with Masdar, Abu Dhabi Future Energy Company to supply 111 units of GW155-4.5MW turbines, which is the largest of its kind in Uzbekistan and in Central Asia.

The agreement with Masdar, Abu Dhabi Future Energy Company will see the supply of 111 GW155-4.5MW to the Zarafshan wind farm in the Navoi region in central Uzbekistan. The project delivery is scheduled to be started in the third quarter of 2022 and completed by the end of 2024. Once built and in operation, it will significantly improve the local power mix, powering 500,000 Uzbekistan households and displacing 1.1 million tons of carbon dioxide per year. The project will help Uzbekistan achieve the goal of increasing the proportion of green electricity to 25% by 2030.

“Uzbekistan is a pivotal country and geographic center in Central Asia with abundant wind resources. In recent years, the comprehensive strategic partnership between China and Uzbekistan has continued to move forward, bringing various opportunities for two countries to achieve green and low-carbon development. The Zarafshan 500MW wind project is a milestone project for Goldwind to promote China’s foreignization of wind power, which will make positive contributions to Uzbekistan’s energy transition and create a new model of China-Uzbekistan green ‘Belt and Road’ cooperation. We are delighted to work with our partners to deliver a successful project for the Uzbekistan market and bring more affordable, reliable and sustainable green energy to the Central Asian market,” said Sun Lianhua, General Manager of Goldwind’s Central Asia Russian-Speaking Region.

Since “2020-2030 Energy and Power Strategic Plan” in 2020 in Uzbekistan, the development of the country’s clean energy industry has continued to accelerate, and it has gradually become a hot spot for clean energy investment in Central Asia. Goldwind entered the market through the first 750kW wind power project in Uzbekistan in 2012. Under the guidance of the “Belt and Road” initiative, Goldwind has given full play to its product and technological advantages, turning itself a major player in the local market. With the global footprints in 32 countries, Goldwind will continue to adhere to the mission of “Innovating for a Brighter Tomorrow “, and jointly build a sustainable and better future.