Gold Resource announced that it has begun the initial stages of gold processing by applying and circulating leach solution to ore loaded on the heap leach pad at the Isabella Pearl Project in Nevada. 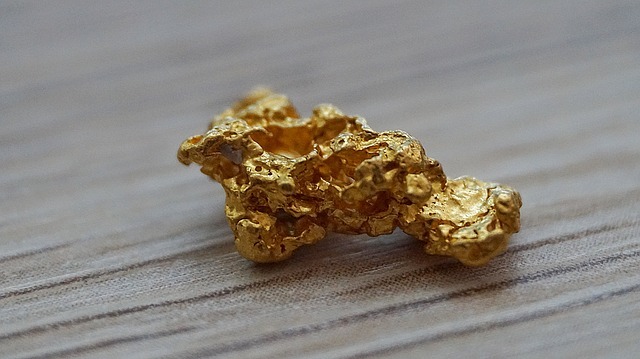 The Company not only remains on target to produce first gold at Isabella Pearl by June 2019, but is evaluating the possibility of selling gold sooner in carbon form.  Gold Resource Corporation is a gold and silver producer, developer and explorer with operations in Oaxaca, Mexico and Nevada, U.S.A. The Company has returned $111 million to its shareholders in monthly dividends since commercial production commenced July 1, 2010 and offers its shareholders the option to convert their cash dividends into physical gold and silver and take delivery.

With approvals from the Nevada Division of Environmental Protection and the Nevada Department of Wildlife, the Company has begun circulating leach solution to the heap leach pad for gold dissolution and gold recovery to carbon. Prior to the June 2019 estimated completion and commissioning of the ADR (absorption, desorption and refining) plant, gold loaded carbon may be sold to a third-party and processed at their facility for the production and sale of gold dore. Once the full ADR plant is placed into operation, gold dore bars produced on-site will be sold directly to a refinery. This gold on carbon sale option is being evaluated and may allow for revenue sooner than initially projected.

“This first application and circulation of leach solution to the heap pad is an exciting milestone in the development of the Isabella Pearl Project, which is expected to more than double the Company’s global gold production in its first twelve months of operation,” Gold Resource Corporation CEO and President, Mr. Jason Reid, stated.

“We obtained permit approvals in May of 2018 and broke ground one month later in June.  In just nine months we have cleared and prepared the project site, installed infrastructure including water, power, office and lab, set up and commissioned the crushing facility, constructed and lined the heap leach and solution ponds, initiated mining and continue to place ore on the leach pad, initiated construction of the ADR process facility and most recently we installed the conveyor stackers on the heap leach pad for crushed ore placement.

“Our Nevada team has worked extremely hard to get the project to this point where we now have begun the exciting process of recovering gold from the ore.  While we still expect to pour gold dore at site by June 2019 with the completion and commissioning of the ADR process plant, we are evaluating the opportunity to monetize loaded carbon prior to June by potentially selling gold on carbon, on a short-term basis, to a third-party carbon processor.”

Reid continued, “In addition, recent third-party metallurgical test work using four (4) foot diameter large format columns on ore taken from the first run of mine lift suggests the potential for a rapid gold recovery of over 54% in just twenty-seven (27) days. This suggests a high probability that thousands of gold ounces on carbon could be available for sale in less than a month under leach.  It has always been the goal to produce and sell gold in the shortest amount of time possible, and it may make sense to start generating cash sooner than planned by selling the gold on carbon.”