The workscope involved a heavy coiled tubing well intervention, required multiple changes of bottom hole assembly, and was carried out in a third of the time that this operation would traditionally takedf 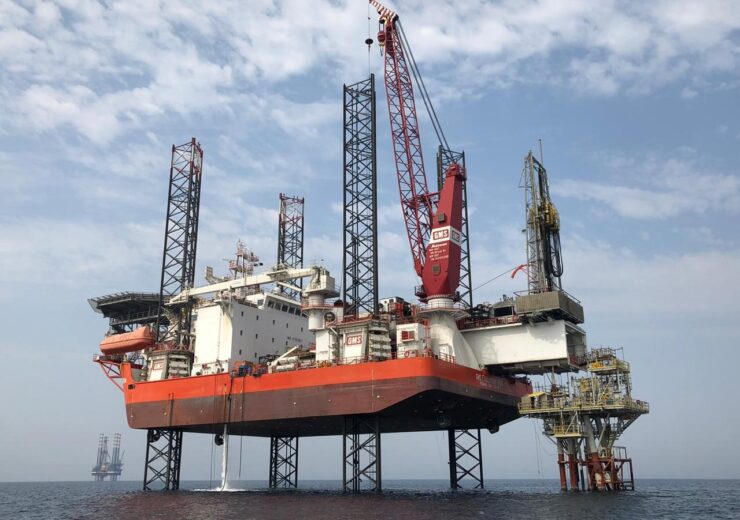 GMS announces the successful completion of its first Well Intervention workscope, utilising the company’s unique Cantilever Workover System, installed on the self-propelled vessel GMS Evolution. Under contract for a NOC client in the MENA region, this was the first occasion that the cantilever system, a technology designed and developed by GMS, has been used on a live well.  Key operational advantages of the cantilever technology include:

– Radical improvement in transfer time, platform to platform, over conventional rigs, and;

The workscope involved a heavy coiled tubing well intervention, required multiple changes of bottom hole assembly, and was carried out in a third of the time that this operation would traditionally take.

Further efficiencies were achieved, with movements between platforms reduced to a tenth of the time taken by a conventional drilling rig, which is customarily used for intervention activities. The GMS Evolution has now moved to the next platform in the field, to complete a similar scope.

“GMS is the only company in the world with this SESV technology.  We are able to provide our clients with safe, innovative cost-saving technology solutions to enhance their oil and gas production, which is ever more valuable in these challenging times.

The cantilever system on board Evolution is capable of carrying out aspects of well workover activity normally conducted by a drilling rig; however, its real strength comes when frequent moves within the field are required. Being self-propelled, and unlike a drilling rig, the vessel does not rely on tug support so can move between locations at a fraction of the time a drilling rig requires. This offers significant cost and time savings to our clients for a well intervention programme. We look forward to developing this technology to its full potential.”