EnBW is investing approximately 100 million euros in the project, which is being realised without state funding 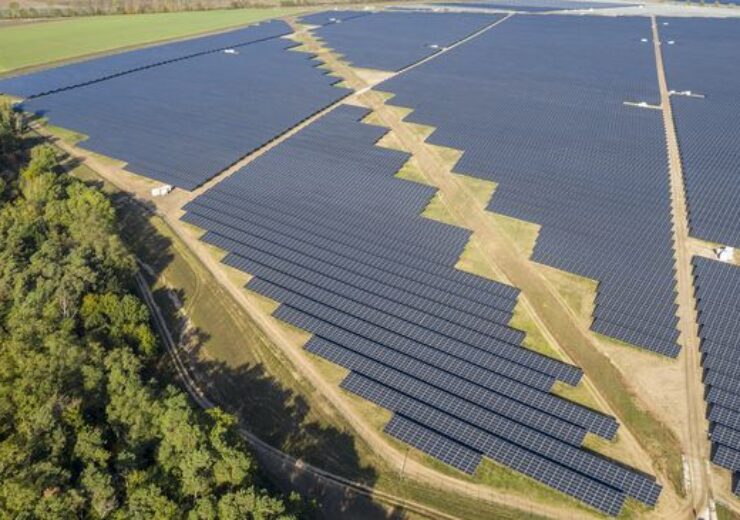 EnBW is gradually placing the solar park near Berlin with an output of 187 megawatts into operation / 465,000 solar modules are being installed in total.

Stuttgart/Werneuchen. Germany’s largest solar park in Werneuchen (Brandenburg) has fed its first kilowatt hour of electricity into the grid. “This is an important milestone for our solar park – and for renewable energies overall”, says Thorsten Jörß, Head of Project Development for Photovoltaics at EnBW. “Large photovoltaic projects like this one ensure that photovoltaics are making a noticeable and cost-effective contribution to the Energiewende.”

While the first modules and inverters have already been placed into operation at one end of the park, installation work is still ongoing at the other end. Almost all of the around 100,000 posts for the substructure have now been installed into the ground and about 70 percent of the modules have been fitted. Both transformer stations, which feed the electricity generated at the solar park into the 110 kilovolt high-voltage line, are ready for operation.

“We have achieved a lot and continuously found solutions for the challenges we have faced during the coronavirus pandemic, although our time buffer has now almost been exhausted”, explains Stefan Lederer, Construction Site Manager. “We are working at full steam to ensure that the entire solar park is connected to the grid by the end of the year. Any further unplanned delays could mean, however, that we are only able to place the final solar modules into operation after New Year.”

465,000 solar modules make a visible contribution to the Energiewende

EnBW is investing approximately 100 million euros in the project, which is being realised without state funding and thus places no additional burden on consumers via an EEG cost allocation. Around 465,000 solar modules will produce enough environmentally friendly electricity for approximately 50,000 households, which will save about 129,000 tonnes of CO2 each year.

The project also includes numerous measures for protecting nature and different species. For example, the entire area on and around the solar park will be turned into a grassland habitat for a rich variety of species. As demonstrated by a study carried out by the Association of Energy Market Innovators (bne), it will provide a home for many species of plants and animals and promote biodiversity. As well as reintroducing vegetation to the project areas, the measures will include planting shrubs and trees and also developing hedges and stepping stone biotopes.