Georgia Power said that the third of four steam generators at the Vogtle nuclear expansion near Waynesboro, Georgia has been installed. 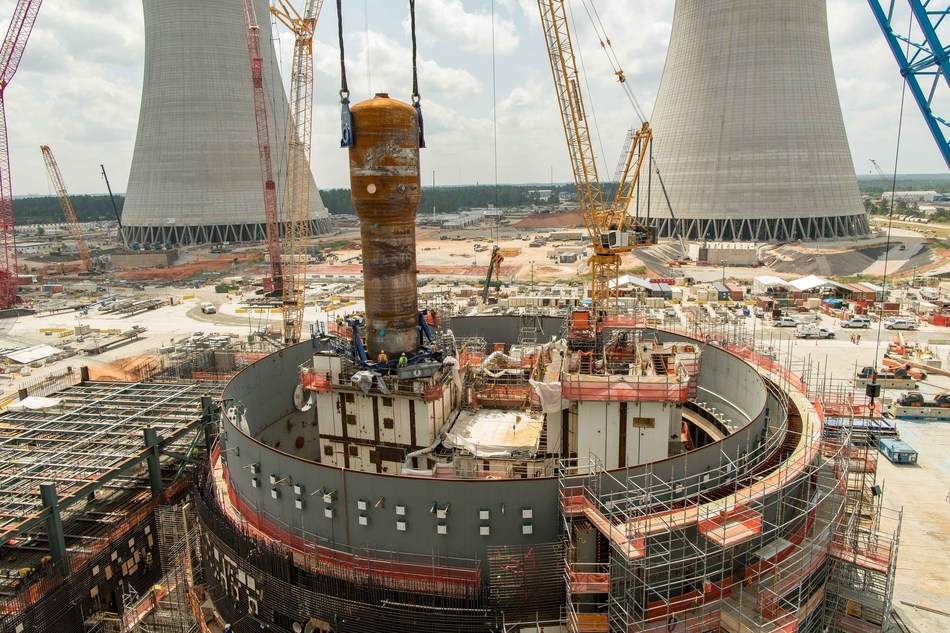 The 1.4 million-pound steam generator was recently lifted into the Unit 4 nuclear island and marks a significant accomplishment for the nation’s only new nuclear units under construction. Steam generators, measuring nearly 80 feet long, are heat exchangers used to convert water into steam using the heat produced in a nuclear reactor core.

The steam generators for the new units were fabricated in South Korea and transported to the site via the Port of Savannah and then via rail. The final steam generator for the project is onsite and expected to be placed in the coming months. Watch a time-lapse video of the placement here.

Other milestones at the Vogtle site over the past two weeks include the installation of the fourth and final cooling water system pump for Unit 3.

Each pump, weighing 62,000 pounds each, will circulate 160,000 gallons of water per minute, taking the cool water from the cooling tower basin and circulating it through the condensers in the turbine building to help cool the steam coming off the turbines.

The warm water is then recirculated through the natural-draft cooling towers, where the heat is released to the atmosphere.