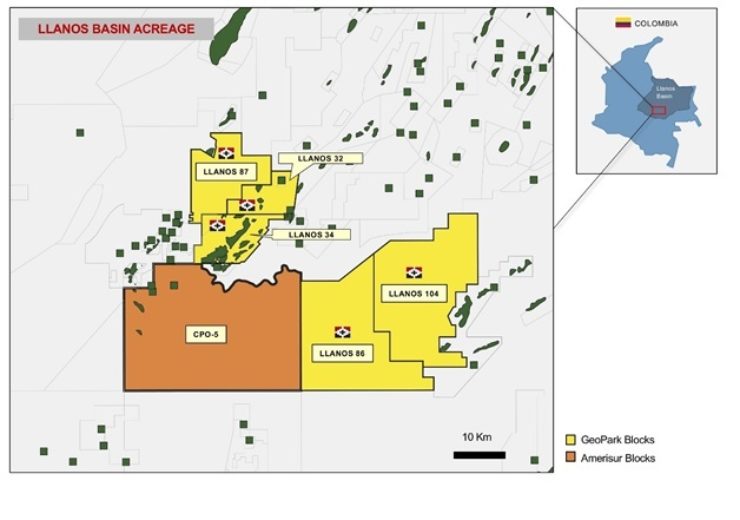 The deal is expected to be completed by December 2019 or January 2020. The acquisition will be closed following the approval of Amerisur shareholders and subject to customary regulatory approvals.

The transaction follows on from a strategic review including a formal sales process (FSP) announced by Amerisur in July.

Under the terms of the agreement, the deal will include 12 production, development and exploration blocks in Colombia, covering 2.5m gross acres, comprising of 11 operated blocks in the Putumayo basin and the CPO-5 non-operated block in the Llanos basin, a operating team, and the Oleoducto Binacional Amerisur (OBA), an export oil pipeline from Colombia to Ecuador.

GeoPark has secured a debt financing with Citibank and Itaú

To finance the deal, GeoPark has secured a debt financing with Citibank and Itaú for $315m in the form of a bridge loan.

GeoPark CEO James Park said: “A consistent pillar of GeoPark’s long term value proposition has been and will continue to be inorganic growth, including M&A and block acquisitions.

“Amerisur’s asset base in Putumayo will provide GeoPark with access to an underexplored high potential basin, as part of our larger Marañon-Oriente-Putumayo strategy in the region and with an operating export pipeline.

“Additionally, with the incorporation of the CPO-5 block, operated by our strategic partner ONGC, and adjacent to our prized Llanos 34 block and nearby recently awarded exploration blocks, GeoPark would now have a contiguous land position of more than one million gross acres in one of the most productive areas of the Llanos basin in Colombia, containing multiple development and exploration opportunities.”

The acquisition of Amerisur is in line with GeoPark’s strategy of continued expansion, on the way to its long-term production target of 100,000boepd and beyond.  The acquisition will enhance GeoPark’s inventory of short, medium and long-term exploration opportunities.

Under a long-term strategic alliance, GeoPark and ONGC, the national oil company of India and the operator of the CPO-5 block, intend to acquire a portfolio of projects across Latin America.