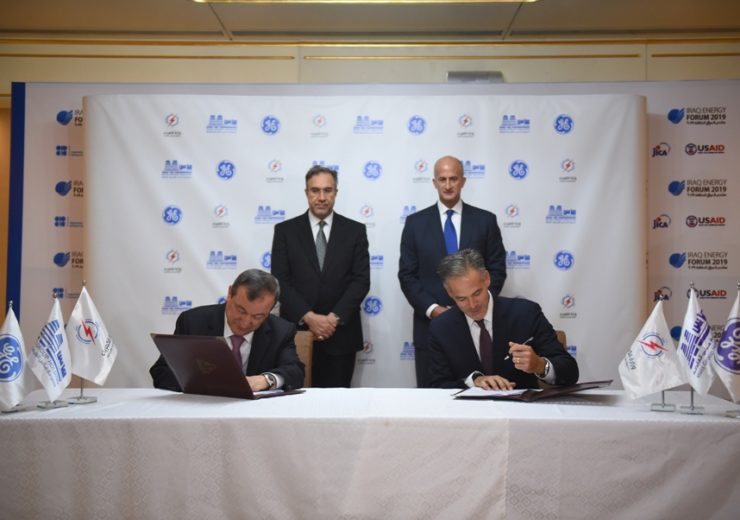 Mass Energy Group Holding (MGH) and GE Power have signed an agreement for the expansion of the Besmaya power plant capacity by 1.5GW.

With the additional capacity, the total capacity of Besmaya power plant will go up to 4.5GW. As per the agreement, GE will supply MGH with four of its 9F gas turbines and four generators to equip the new phase at Besmaya. Electricity generated from the expansion of the plant will be supplied to the Iraqi Ministry of Electricity under a 20-year power purchase agreement (PPA).

Besmaya is already considered to be the largest power plant in the country, in terms of output and is among the largest in the Middle East and North Africa.

Phase 1 of Besmaya can generate up to 1.5GW of power, while phase 2 can produce up to 1GW and is expected to add up to another 500MW, once it begins combined-cycle operations by the end of this year or by the start of next year.

GE has supplied Besmaya with eight 9G gas turbines, and 4 steam turbines for the two phases of Besmaya.

GE said in a statement: “With over 1,300 installed F-class machines exceeding 70 million operating hours, GE has the largest operating and most experienced F-class fleet in the world.

“GE’s F-class turbines are also able to achieve combined cycle efficiency levels of over 60 percent, which will help Iraq to increase the electricity generated per unit of fuel consumed and lower environmental impact per megawatt of power produced.”

Besides, MGH and GE have previously brought up to 4GW of power online in the Kurdistan Region of Iraq through the Erbil, Duhuk, and Sulaymania projects.