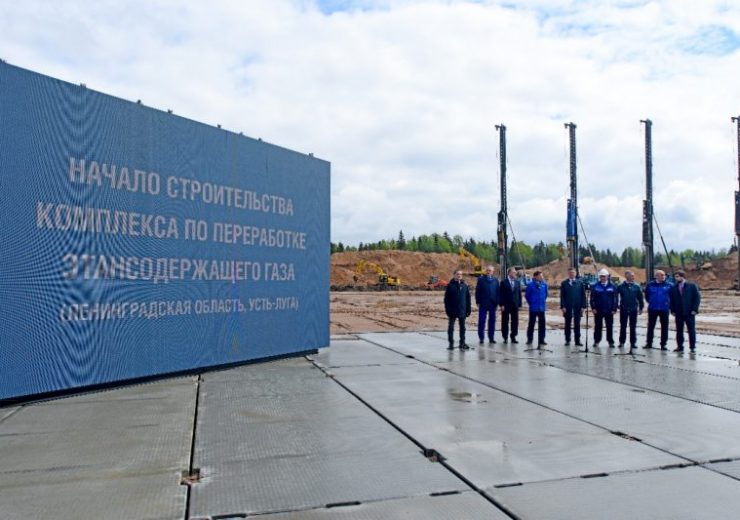 According to the Russian state-owned gas producer, the CPECG is the first cluster of its kind in the world which brings together the capacities for gas processing, gas chemistry, and also liquefaction of natural gas.

Located near the Ust-Luga settlement, the complex will have two major enterprises.

The first will be an integrated complex for processing and liquefaction of natural gas (GPC). It will be operated by RusKhimAlyans, a joint venture of Gazprom and RusGazDobycha.

The second enterprise will be a gas chemical complex (GCC) that is affiliated technically with the gas processing complex. It will be operated by RusGazDobycha’s subsidiary Baltic Chemical Complex.

Gazprom management committee chairman Alexey Miller said: “Here in the northwestern part of Russia, in the Leningrad Region, we have launched the construction of a fundamentally new and high-tech industrial cluster.

“It is essential for the region and the country at large. Advanced processing is the most efficient way to maximize the potential of the immense reserves of ethane-containing gas in Russia.”

The gas processing facility of CPECG will be able to process 45 billion cubic meters per year, making it the largest of its kind in Russia and also in the world. It will also produce 13 million tons of liquefied natural gas (LNG) per year.

Gazprom said that nearly 18 billion cubic meters per year of gas remaining after processing will be sent to the company’s gas transmission system.

Some of the most notable marketable products from the gas processing complex will be ethane, which is a useful raw material used by the gas chemical industry.

On the other hand, ethane fraction will be supplied to the gas chemical complex, which will be capable of producing more than three million tons of polymers per annum.

Initially, the ethane-content natural gas to be used as feedstock for the gas processing complex will be sourced from the Achimov and Valanginian deposits in the Nadym-Pur-Taz region of the Yamal-Nenets Autonomous Area. Later on, the gas will be procured from the Tambeyskoye field located in the Yamal Peninsula, which is expected to begin production in 2026.

Gazprom plans to have the gas transmitted through gas trunklines, which are allocated specially for ethane-containing gas.

RusGazDobycha CEO Konstantin Makhov said: “The creation of the gas chemical complex as part of the CPECG is a unique project for Russia, enabling us to manufacture high-margin products and double the exports of domestic polymers.

“The project will gather together a huge team from all over Russia: we’ll invite the greatest brains and hands available, and we’ll engage the best foreign specialists.”