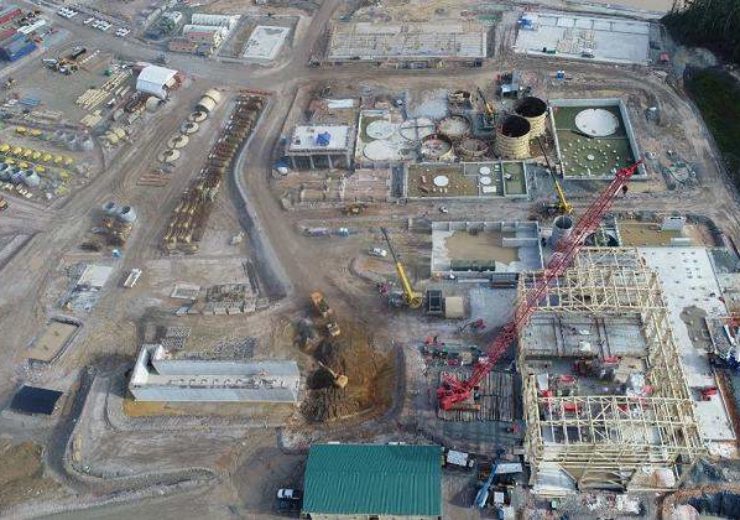 Last week, the company achieved the production of the first gold from the project through a doré bar from the gravity circuit.

Lundin Gold said that as part of the commissioning activities, production of gold concentrate is well advanced and that the first containers are being loaded with marketable concentrate. The Canadian company revealed that the commissioning of the carbon in the leach circuit is going on and is on the verge of completion.

Lundin Gold expects to achieve the first export of concentrate and doré by mid-December, based on its current projections.

Overall, the company expects to produce 3,500 tonnes per day or an average of 310,000 ounces gold of per year from the Fruta del Norte mine. The Ecuadorian gold project also includes the construction on a 21km road and a 42km powerline that connect the mine to the national highway system and national power grid, respectively.

Lundin Gold president and CEO Ron Hochstein said: “This is another exciting and significant milestone for the Lundin Gold team and the people of Ecuador.

“We will continue to focus on completing commissioning and ramping up production on the path to commercial production in the second quarter of 2020.”

Construction on the Fruta del Norte gold project began mid-2017. This was about three years after Lundin Gold had acquired the Ecuadorian gold deposit from Kinross in $240m.

The Fruta del Norte gold deposit was discovered in 2006 by Aurelian Resources. According to Lundin Gold, it is a large, high-grade gold deposit having probable reserves of 5.02 million ounces of gold grading at 8.74 grams per tonne.