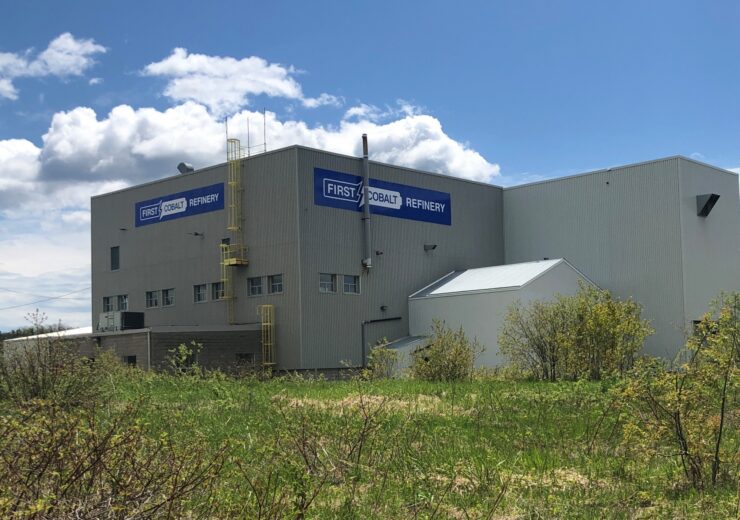 First Cobalt Corp. (TSX-V: FCC; OTCQX: FTSSF) (the “Company”) announced that it has successfully extracted nickel, cobalt, copper, manganese, lithium and graphite from a “black mass” product recovered from recycled batteries. Black mass represents the main chemical composition of the battery and is obtained after removal of the mechanical housing of the battery. Work is now underway to leverage the existing operating permits, flow sheet and equipment at First Cobalt’s Canadian hydrometallurgical refinery to become the first facility to recycle battery materials on a large scale for reintroduction into the electric vehicle battery supply chain.

“Demonstrating our ability to recycle lithium-ion batteries is an important step in our journey to be the most sustainable producer of battery materials,” said President & CEO Trent Mell. ”There are many producers of black mass in the western world but few environmentally friendly options to then refine the product into battery grade material given the capital expenditure required and the permitting timeline associated with building a hydrometallurgical facility such as ours. We intend to capitalize on this first-mover advantage and leverage our position as an ultra-low carbon operation.”

First Cobalt continues to study the treatment and recovery of battery metals known as “black mass” from recycled EV and consumer electronics batteries. When lithium-ion batteries reach their end-of-life, they are dismantled and the part containing the electrodes are crushed or shredded to produce a powdery fraction referred to as black mass. This mechanical process then requires a refining solution to separate and recover each of the metals. In a world increasingly focused on ESG, the superior approach is to use a hydrometallurgical refining process rather than pyrometallurgy, due in part to the lower carbon footprint and potential to recover a significant portion of the battery chemical components. First Cobalt is well positioned to serve this growing market through its Canadian facility

The First Cobalt Refinery is a hydrometallurgical refinery located north of Toronto, in the community of Temiskaming Shores. The facility operated from 1996 to 2015, producing cobalt, nickel, copper and silver products. The Company is modifying the flow sheet under a Phase 1 expansion to refine third party cobalt hydroxide intermediate product into a high purity, battery grade cobalt sulfate suitable for the electric vehicle market. Today, approximately 80% of cobalt sulfate is made in China and there is no production in North America. Under a Phase 2 expansion, the refinery is expected to process black mass feed from recycled batteries. Longer term, the Company’s vision is to establish a Battery Park that would include large scale production of nickel sulfate and the co-location of a battery precursor manufacturer.

On May 11, 2021, the Company announced the acquisition of the West Fork Property in Idaho from DG Resource Management.  The Company wishes to clarify that the total compensation paid was $50,000 in cash and 225,000 (not 250,000 as previously announced) common shares of First Cobalt.