The company estimates operating costs of $2.36 per pound of cobalt produced, which represents a 13% reduction that improves refinery margins 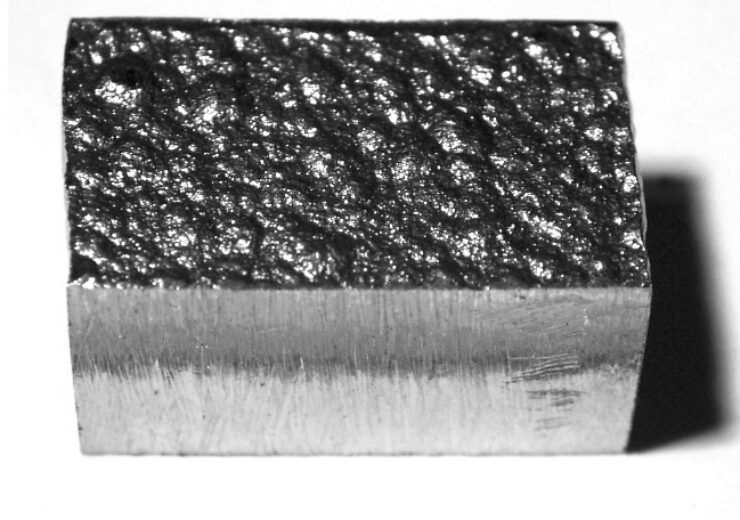 First Cobalt provided an update on its ongoing engineering studies for its permitted cobalt refinery in Ontario, Canada. The Company now estimates operating costs of $2.36 per pound of cobalt produced, which represents a 13% reduction that improves refinery margins, enhances project economics, and further solidifies the Refinery’s global competitiveness.

Glencore and First Cobalt have established a Joint Technical Committee that continues to work on further technical and cost enhancements to the refinery.

Financing process has moved to phase 2 and the Company is assessing several third-party financing proposals as discussions continue to advance with the private sector and government agencies
The latest engineering work reinforces the value of the First Cobalt Refinery and the long-term value proposition for investors. With a competitive operating cost structure and improved cash flows, the Refinery clearly establishes itself as an important component of the growing North American electric vehicle supply chain.

All amounts in this news release are in US dollars unless otherwise indicated. The engineering study assessed the project economics of the Refinery on a stand-alone basis, assuming a 70% payability factor on the cobalt content of a cobalt hydroxide feed source based on expert forecasts for future payability levels. In order to secure the capital required and a reliable feed source, First Cobalt and Glencore are expected to negotiate terms of a two- to five-year tolling agreement and financing arrangement. As such, the cash flow generated from the Refinery will be shared between the parties and remains subject to ongoing discussions.

On May 4, First Cobalt released results of an engineering study demonstrating strong project economics for significant expansion to First Cobalt’s permitted Canadian refinery for what would become North America’s only producer of battery-grade cobalt for EV manufacturers. The study estimated the Refinery could produce 5,000 tonnes of cobalt per year, resulting in 25,000 tonnes of cobalt sulfate product for EV batteries.

The Company then commenced an optimization program targeting several opportunities to improve the project economics, including higher cobalt recoveries, extending the life of the dry-stack tailings facility and assessing alternative approaches to managing elevated levels of sodium sulfate in effluent.

Glencore and First Cobalt established a Joint Technical Committee to assess these areas and other opportunities identified by Glencore’s processing team. The Committee is comprised of representatives from First Cobalt, Ausenco, Glencore, Glencore Technology and XPS, all of whom have extensive experience in mineral processing, refining and operations.

The significant improvement in operating costs reported today are the result of an alternative approach to managing sodium sulfate in effluent. SGS has commenced new leach tests, that are expected to yield much higher recoveries that the 93% reported in the May 4 engineering study. Receipt of cobalt hydroxide feed material from Glencore’s KCC mining operation was received one week ago, owing to COVID-related logistical delays. This in turn, has delayed the commencement of the continuous pilot plant, which will be underway in the coming weeks in consultation with the Joint Technical Committee.

A process led by CIBC to identify third party debt financing partners resulted in numerous proposal submissions, of which several have been retained for further discussion. Conclusion of the financing arrangement and a Glencore commercial contract is not expected until pilot plant work and other project enhancements have progressed.

All parties remained committed to creating a world-class project. As the only permitted cobalt refinery capable of serving the North American EV market, the project continues to be viewed as a strategic North American asset with a first mover advantage to capitalize on a growing battery supply chain in North America and Europe.

“The Joint Technical Committee recently formed with Glencore has supported our ongoing work on refinery tradeoff studies and identified new opportunities that First Cobalt is now studying. We continue to work on a commercial contract while we pursue additional project optimization work with a global team of engineers and operators that has presented opportunities to First Cobalt to deliver improved project economics.

Our goal is to commission a world-class, globally competitive refinery for the European and North American EV markets and it is imperative that we look at every opportunity to ensure our success.”

A significant component of total operating costs in the original study, representing a cost of $0.85/lb, involved production, handling, and off-site storage of a mixed sulfate waste product. This waste product consisted primarily of sodium-sulfate. Given the large cost associated with managing this product, it was a primary target for the current work program. The revised approach is to refine the mixed sulfate waste product into a commercial grade sodium sulfate. Sodium-sulfate is a chemical used in a variety of industrial processes and as an additive in consumer goods. The current study took the conservative approach of assuming that this commercial grade product would simply be given away and therefore would not generate any revenue thus removing a large degree of market uncertainty for this stream. Depending on market conditions at the time of start up, it is conceivable that sales of this product could produce a small revenue stream.

The original study identified a total phase 1 tailings capacity of 17 years of which only the first 11 years were considered in the economic evaluation. The current study incorporated the full phase 1 capacity, resulting in 13 years of tailings life due to extra tailings being produced as a result of producing a commercial grade sodium sulfate. The process that produces the commercial grade sodium sulfate itself makes additional tailings. The Company owns another tract of land immediately adjacent to the phase 1 area which could provide an additional 13 years of dry-stack tailings capacity.

Regarding the ability of First Cobalt to legally operate the Refinery under the current regulatory regime in Ontario, three environmental approvals and a closure plan amendment are required. The Air Environmental Compliance Approval (Air ECA) and Industrial Sewage Works Environmental Compliance Approval (ISW ECA) have been submitted, approved and amended from time-to-time by previous owners of the Refinery and remain in good standing for historical throughput levels. The Permit to Take Water (PTTW) is the third environmental approval and requires renewal from time-to-time. A new PTTW application was submitted in March 2020 and is expected to be received in Q4.

For the expansion scenario envisioned by the engineering study, the Air ECA, ISW ECA and the Closure Plan will all require amendment to reflect the new operating and environmental regimes. The permit amendment applications are on track for submission before the end of 2020. Based on the feasibility work conducted to date, no hurdles have been identified which would compromise the approval of these applications. Indigenous Community and public consultation will be continuing throughout the ongoing scoping studies and the approval process.

The Company has received additional cobalt hydroxide material from Glencore’s KCC mining operation in the Democratic Republic of Congo (DRC) to perform continuous pilot plant testing.  The pilot plant will focus on both the leaching and solvent extraction processes, to both increase cobalt recoveries and as part of standard procedures to reduce any process risk prior to construction. SGS has commenced new leach tests, that are expected to yield much higher recoveries that the 93% reported in the May 4 engineering study. Cobalt hydroxide feed material from Glencore’s KCC mining operation was only received one week ago, owing to COVID-related logistical delays. This in turn, has delayed the commencement of the continuous pilot plant, which will be underway in the coming weeks in consultation with the Joint Technical Committee. The pilot plant test work is expected to be completed in Q4 2020.

The Company expects to continue to advance and de-risk the Project by pursuing the following activities:

Continue to pursue opportunities to further reduce operating costs
Upon completing the activities noted above, a commercial contract and financing package will be finalized prior to a formal construction decision. The financing process, being led by CIBC, has progressed to phase 2. The Company received numerous initial proposals to fund the refinery capital costs and has now selected several of these to move to the next phase of due diligence.