Faroe Petroleum and partners have started drilling of the exploration well 30/6-30 in the Rungne prospect in the Norwegian North Sea, a month after getting the drilling permit from the Norwegian Petroleum Directorate (NPD). 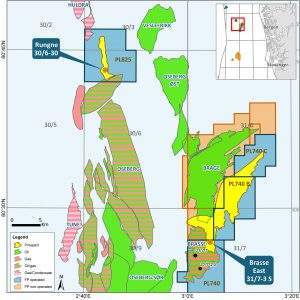 The Rungne prospect is located about 30km northwest of Faroe Petroleum’s Brasse field and immediately north of the producing Equinor-operated Oseberg oil field.

According to Faroe Petroleum, the exploration well in the Rungne prospect will pursue the Middle Jurassic Oseberg Formation for hydrocarbons, with secondary targets in the Etive and Ness formations.

The exploration well 30/6-30 will be drilled using the Transocean Arctic semi-submersible drilling rig in production license 825. Faroe Petroleum revealed that the total expected vertical depth of 30/6-30 is nearly 3,490m, in water depth of 119m.

Apart from the production license 825 containing the Rungne prospect, Faroe Petroleum is also the operator of the Schooner and Ketch gas fields in the UK Southern Gas Basin along with the Trym and Oselvar fields located in the Norwegian North Sea.

Faroe Petroleum CEO Graham Stewart said: “This is a very active exploration period for Faroe.  We have six exploration wells and one appraisal well committed to drill over the coming 12 months, and many more wells lining up for drilling thereafter.

“The first of these, the Agar/Plantain exploration well in the UK, is currently being drilled, and this will be followed by the Faroe-operated Brasse East well, to be drilled back to back with the Rungne well.”

Recently, Lundin Norway and Spirit Energy Norge have assigned respectively stakes of 20% and 10% in PL825 to Equinor Energy. In another transaction, Lundin Norway agreed to divest its remaining 10% stake to DNO Norge. All the transactions are subject to completion.

It was in early October when Lundin Norway agreed to transfer a 20% stake in PL825 along with an undisclosed sum to Equinor for the buyout of the latter’s 15% stake in PL359 in the Norwegian North Sea, which contains the Luno II oil discovery.