Far Resources has commenced an extensive, property-wide exploration program on its Zoro Lithium Project (Zoro), located near the mining community of Snow Lake in Manitoba. 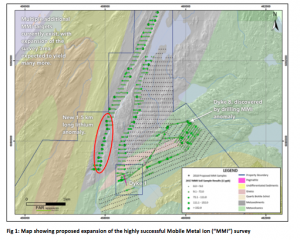 Toby Mayo, President and CEO, commented: “The Company continues to show commitment to Zoro, and we are excited to be back on the ground in line with previous announcements. After the success of the Mobile Metal Ions (“MMI”) soil geochemical survey in the discovery of Dyke 8 and the announcement of additional large targets to the west of known dykes, expansion of the soil geochemistry is clearly going to be a highly accretive to our program. We believe that the potential for scale at Zoro is huge, with numerous drill targets already identified through MMI. Mapping this summer has already shown the potential for extensions to known dykes. We look forward to reporting results on each phase of exploration as we continue to reach these milestones.”

Additionally, data compilation is currently underway which, combined with results from the current program, will guide the Company in planning further drilling which will commence later in 2018.

The successful drill testing of a MMI soil geochemical anomaly in 2017 has provided the rationale for expanding these surveys to the remainder of the property. A helicopter-assisted crew of field technicians is extending the current MMI survey coverage on the property (Figure 1). 800 samples are planned to expand existing coverage, of which 300 have been taken.

A helicopter-assisted geological mapping crew is undertaking the first new mapping on the Zoro lithium project area since the 1950s. The project was undertaken to provide an interpretation of the geological setting of the spodumene-bearing pegmatite dykes and any post-depositional structural overprints that may have affected the current location of the dykes.

Three main observations made during the mapping exercise on the property:

The spodumene-bearing pegmatite dykes are folded which is most readily visible in Dykes 5, 6 and 7. Due to the poor quality of outcrop and lichen cover it is unknown whether Dyke 1, the largest of the known dykes on the property, is folded; field observations by Far’s geological technicians during soil surveys have noted an eastward deflection of Dyke 1 which may represent the effects of folding or alternatively the effects of a crosscutting fault.

A structural repetition of this nature could indicate the the potential for repetitions of this dyke elsewhere and new drill targets. Mechanized outcrop stripping has been recommended to evaluate this possible scenario.

A strong shear fabric, trending approximately north to south, is documented from the northern end of Dyke 1. This fabric may be related to major interpreted structural lineaments west of Dyke 1 where a significant 1.5 km-long MMI lithium-cesium anomaly was recently announced (see news release of XX July 2018). This fabric is generally lacking elsewhere in Dyke 1 and in the other dykes on the property.

A metasedimentary unit is present in the southern portion of the property. This may be a control on dyke emplacement, as the dykes are preferentially hosted by metavolcanic rocks of andesitic composition.

The mapping project will be augmented by a drill core sampling program with the intent of assessing mineralogical and geochemical tools for vectoring towards additional pegmatites on the property. Both aspects of this summer’s work will form the basis of an M.Sc. thesis program to be carried out at the University of Western Ontario under the guidance of Professor Bob Linnen.

The Company is undertaking additional drill core sampling from Dyke 1 on the Zoro Lithium Project to provide additional material for the previously announced metallurgical survey, which is being undertaken by SGS Mineral Services. While additional material will be required from subsequent drilling, it is intended to provide three separate samples for metallurgical assessment. These samples will come from representative spodumene–bearing pegmatite in the northern, central and southern portions of Dyke 1.

Compilation of exploration databases including the results of winter 2017 drilling, results from ongoing MMI surveys and mapping, as well as recent UAV-drone aerial magnetic surveys, will be integrated to provide drill targets planned for a winter 2018 drill campaign.