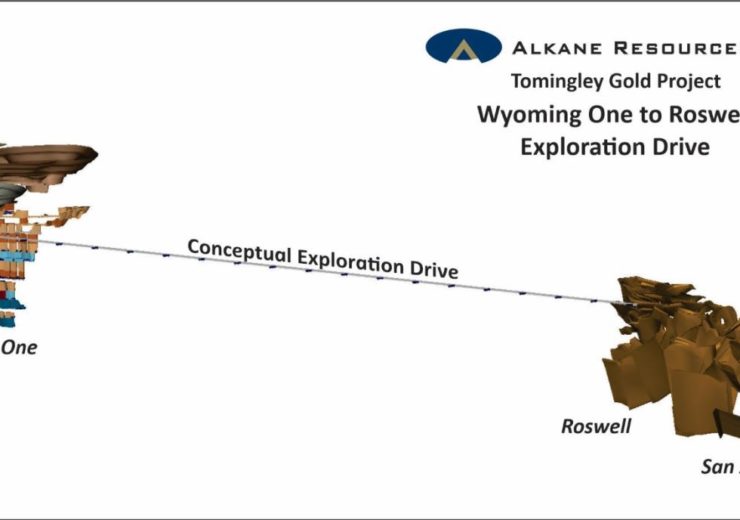 Alkane Resources has secured approval from the New South Wales (NSW) Government Resources Regulator to develop an exploration drive from its existing Wyoming One underground operation at Tomingley Gold Project.

The drive is intended to connect Wyoming One underground operation to Rosewell and San Antonio deposits, approximately 4km to the south of the mine.

Alkane said that the approval marks a significant milestone towards a future potential underground mine at Roswell and San Antonio that could be developed independently.

Alkane Resources managing director Nic Earner said: “Alkane has the equipment purchased, personnel recruited and land acquired to allow this development to proceed and we will now incorporate the timing of the drive development into the Tomingley Gold Operations’ budget schedules, as well as our regional exploration plans.

“Given the prospectivity of the region around our existing operations, this approval provides Alkane with all the exploration and, in time, production options, to extend the life of mine at Tomingley well into the future.”

Conceptual mine plans being prepared for Roswell and San Antonio Resources

Alkane is preparing conceptual mine plans for the Roswell and San Antonio Resources that can be used to progress mining approvals from the NSW Government.

In a statement, the firm said: “The exploration drive approval allows for development within a nominated corridor as it is recognized that the exact location will vary as the mineralisation is further identified.”

Covering an area of approximately 440km2, the Tomingley gold project stretches 60km south along the Newell Highway from Tomingley in the north, through Peak Hill and almost to Parkes in the south.

In March 2020, Alkane Resources said that Export Finance Australia (EFA) has expressed its willingness to help in the financing of the Dubbo polymetallic project in NSW.