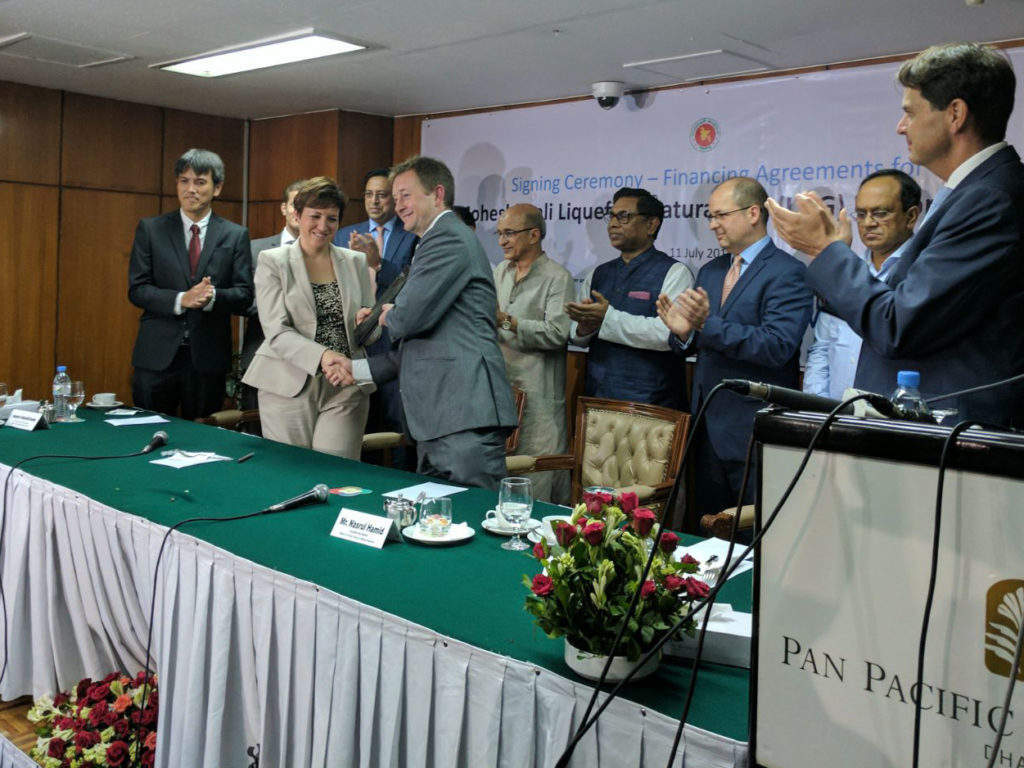 Image: Singing of the financing agreement for the MLNG terminal between Excelerate Energy, IFC and others.

The MLNG terminal built by the subsidiary of US-based Excelerate Energy is located offshore Moheshkhali Island in the Bay of Bengal.

It has commenced supply of natural gas to the Chittagong region, which marks the first time that Bangladesh has received natural gas from overseas markets.

The MLNG terminal will help state-owned Bangladesh Oil, Gas & Mineral Corporation (Petrobangla) to source LNG from global natural gas markets and is anticipated to boost natural supply to the South Asian country by 20%. The natural gas supplied by the terminal will be enough to support up to 3GW of power generation capacity in Bangladesh.

Excelerate managing director Steven Kobos said: “I am proud of our team for successfully completing this critical piece of infrastructure under some of the most challenging offshore conditions.

“I believe that MLNG will support the future growth of Bangladesh’s economy, and we are committed to providing safe and reliable operations for many years to come.”

The Bangladeshi LNG import terminal will be owned and operated by Excelerate Energy for 15 years, following which Petrobangla will take over its ownership.

The project, which was announced in 2014, has been backed by International Finance Corp (IFC), which in the role of a lead financer, has arranged a debt financial package of $125.7m.

IFC Asia infrastructure regional head Hyun-Chan Cho said: “IFC is committed to the Bangladesh power and gas sector, and IFC’s support to the project has been multifaceted as an early shareholder, and the lead debt arranger.

“Moheshkhali LNG is a transformational project that will create a new market for energy supplies into the country, help diversify fuel sources and secure the much-needed additional natural gas to address power shortages in the country.”