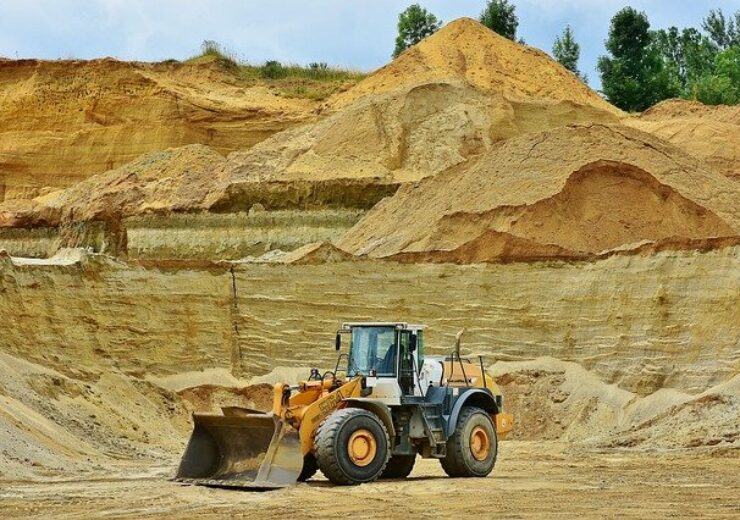 Bluejay Mining plc, the AIM, FSE-listed and OTCQB traded exploration and development company, and the European Raw Material Alliance (‘ERMA’) announce the ERMA’s official support for the Greenland-based Dundas Ilmenite Project (‘Dundas’ or the ‘Project’), enabling it to secure supply of Dundas ilmenite for end users within the European Union. This will aid the creation of a secure mining and supply chain option for titanium ore and concentrate, of which ilmenite is the principal constituent, for the European Union.

Historically, production of titanium ore and concentrate on the European continent has been sourced from long established hard-rock deposits in Norway and mineral sands projects in Ukraine. The Dundas Ilmenite Project is an independent mineral sand project not tied directly to any sulphate process titanium dioxide (‘TiO2’) pigment producer. Furthermore, ilmenite is also suitable for the production of slag for direct use in the production of titanium tetrachloride, an intermediate for both chloride TiO2 pigment and titanium metal. The development of the Dundas Ilmenite Project, coupled with the support and promotion from the ERMA, will create the ability for users within the European Union to increase supply of this critical material and build a resilient industrial ecosystem with a territory neighbouring Europe.

Dr Massimo Gasparon, ERMA Director, commented: “It is the primary role of ERMA to secure raw materials and raw material supply chains for Europe to support industrial ecosystems within the European Union. The Dundas Ilmenite Project in Greenland fulfilled ERMA’s qualification requirements. Bluejay operates under a solid regulatory Greenlandic environmental and social standards framework and has strong local community support which makes it a winner for European mining and manufacturing, making the European Bloc less dependent on other markets.

“This is the first mining project supported by the ERMA in the Arctic region. The Dundas Project has been granted all political permits necessary. These include the Exploitation Licence, Environmental & Social Impact Assessment, Exploitation & Closure Plan, an Impact Benefit Agreement approved by the Government of Greenland and the municipality of North-West Greenland, Avannaata Kommunia. The Project is backed by local stakeholders and communities, with whom Bluejay has had a long and constructive relationship.

“We look forward to continuing our collaboration with the Company on the Dundas Project and to guiding and supporting the development and input in the financing of this project.  This is undoubtedly one of our most advanced projects to date. With the recent appointment of a large commercial European investment bank to lead the arrangement of the Dundas project financing and an indication of strong interest from overseas buyers, we look forward to attracting other European agencies for their support of this exciting project.”

Bo Møller Stensgaard, CEO of Bluejay Mining, commented: “The support of ERMA and other initiatives from the Commission to the European Parliament on ‘Critical Raw Materials Resilience’ is extremely important for the development of the Dundas Ilmenite Project. The Alliance represents a strong strategic partnership and network. Its underlying principles fit well with Bluejay’s vision and philosophy for the Dundas operation and bodes well for further collaborations on the other Greenlandic and Finnish Projects within Bluejay’s extensive portfolio.

“The Dundas Ilmenite Project sets out, together with other projects in the mineral endowed country, routes for contributing to the emerging extractive industry in Greenland for the benefit of Europe and through their reach, to the wider globe. We look forward to developing further such routes and to strengthening our cooperation with ERMA.”

Titanium use in Europe is largely driven by the use of TiO2 as a white pigment in paints and polymers, plastics and films and, to a lesser degree, the metal is used for European aerospace, marine, defence and energy conversion industrial ecosystems and applications. However, future applications are expected to see the demand soar for titanium for 3D printing, the battery and fuel cell industry (as a potential new anode and coating material) as well as a strength-to-weight preferred material in, for example, robotics, drones, and light vehicles.

The Project is expected to fulfil the highest environmental and social standards which are set by Greenland’s authorities. Additionally, being geographically close to Europe and the US provides multiple export opportunities in addition to those already planned under Bluejay’s arrangement with its Master Distribution Partner. Furthermore, the Project represents an exceptional opportunity for collaboration on educational activities and best mining practice for the emerging mining sector in Greenland; a component that the ERMA will continue to support.