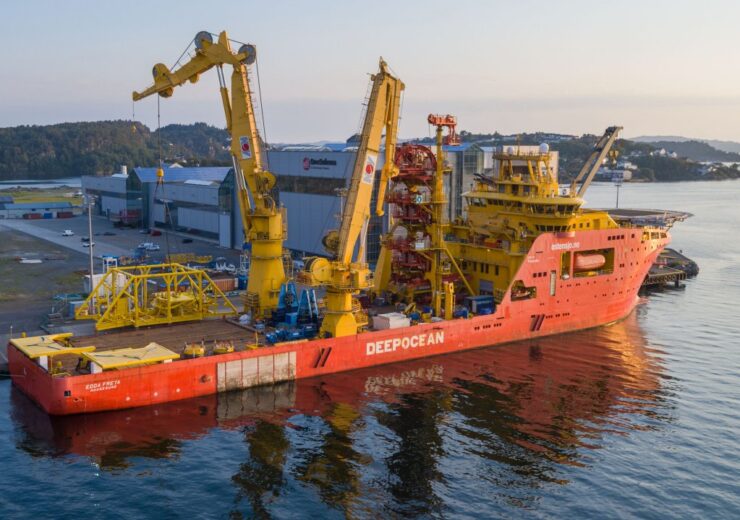 Equinor, along with its partners, has installed a new pump at Vigdis oil field in block 34/7 in the Norwegian North Sea to achieve increased production of around 16 million barrels.

In December 2018, Petoro, Vår Energi, Idemitsu and Wintershall Dea and Equinor, have agreed to invest nearly NOK1.4bn ($157m) in the Vigdis Boosting project.

The project includes a multiphase boosting station for increasing production from existing wells, and is aimed at improving oil recovery (IOR) at the field.

Connected to the existing pipeline between Vigdis and Snorre A, the boosting station is designed to help bring the well stream from the subsea field up to the platform.

In addition, the project is said to reduce wellhead pressure, which would lead to higher oil recovery from the wells.

First came on stream in 1997, the Vigdis field has been developed with subsea installations tied back to the Snorre A platform, located 7km away for processing.

“Advanced processing equipment on the seabed is key in our subsea factory strategy, aiming to increase and extend production from existing fields and contribute to new development solutions on new fields.”

The contract for supplying the boosting system, including the template and trawl protection was awarded to US-based subsea supplier OneSubsea.

It has worked together with Western Norway-based sub-suppliers, including Framo Flatøy which fabricated the pump, RadøyGruppen the subsea template, and Luster Mekaniske Industri which supplied the pipelines.

In addition to the subsea boosting station, the project also included minor modifications at Snorre A and Snorre B, for which Wood has been contracted as the primary supplier.

“It makes me proud that we, together with our partners and suppliers, have managed to further increase the value creation from the field.”

Last month, Equinor has made a minor oil discovery near the Vigdis field in the North Sea, following the completion of the drilling of wildcat well 34/7-E-4 AH.