Equinor plans to invest over $15bn in Brazil

Equinor said that it expects to invest more than $15bn over the next 12 years in Brazil which it says is a core area for the company, giving it a daily oil production of more than 90,000 barrels from current fields. 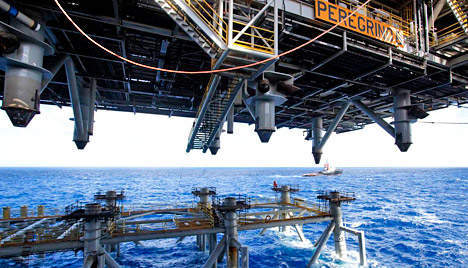 Image: Equinor will invest more than $15bn in Brazil till 2030. Photo: courtesy of Anette Westgård)/Equinor ASA.

The Norwegian oil and gas giant which has already invested nearly $10bn in Brazil, believes that the South American country is a great fit with its strategy. In this regard, it has recently established Development and Production Brazil as a separate business area.

The company, currently, boasts of having a presence across the entire value chain in Brazil, from exploration, through oil and gas discoveries and development, and into production, and also within renewable energy.

Equinor development and production Brazil executive vice president Anders Opedal said: “We have a portfolio with the potential to produce between 300,000 and 500,000 barrels of oil equivalent per day in 2030, depending on phasing of projects and exploration success.

“Due to our operatorship of Peregrino, we have built a competent organization that will be important for developing our coming projects and putting them into production.”

The Norwegian energy company’s main assets in Brazil include 60% stakes each in the producing Peregrino field and the Peregrino Phase II which is under development.

It is also the operator of Block BM-C-33 which contains the Pão de Açúcar discovery, Block BM-S-8 containing the Carcará discovery and the Carcará North Block.

It also holds a stake of 40% in the 162MW construction-ready Apodi solar plant to be built in Ceará state.

The company has a lineup of 16 exploration blocks as well under its assets, which are located across the Campos, Santos and Espírito Santo Basins in which it has varying stakes.

Equinor exploration executive vice president Tim Dodson said: “Our current acreage position is the result of long-term thinking and hard work from our organisations in Brazil and Norway to find the right prospects. There is always uncertainty in exploration, but this is a proven and prolific oil province with many large discoveries the last decade.

“Over the next two years we expect to drill up to five high impact wells in the Campos and Santos basins, with potential comparable to some of the giants that shaped the Norwegian Continental Shelf in the 1970 and 1980s.”