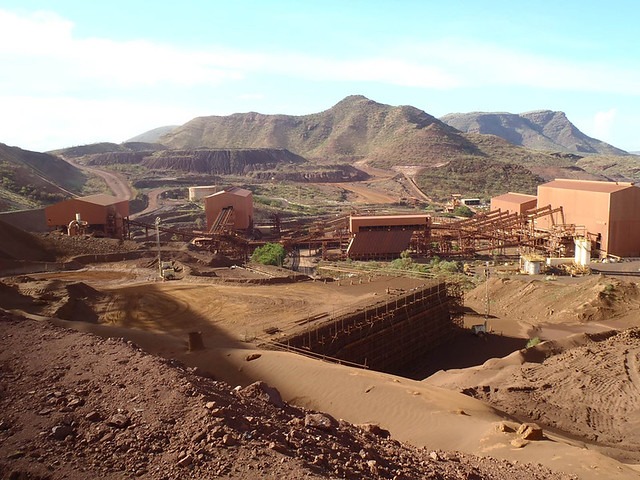 Image: The West Angelas iron ore mine along with the Robe Valley mine is located in the Pilbara region. Photo: courtesy of Rio Tinto.

The West Angelas iron ore mine is located in the Pilbara region and is part of the Robe River Joint Venture, owned by Rio Tinto, Mitsui and Nippon Steel & Sumitomo Metal.

The EPA WA said that its recommendation for approval of the iron ore mine’s expansion will be subject to protection of national park water resources and threatened ghost bats among other conditions.

The regulator submitted its report on the project assessment to the Western Australian Environment Minister who will make the final decision on granting the environmental approval.

The EPA WA recommendation comes after a public review process for the assessment of environmental impacts of Robe River’s proposal of expanding open-cut mining at the West Angelas mine site by 4,100 hectares (ha) to 26,700 ha.

The regulator said that it has put a condition for Managed Aquifer Recharge (MAR) to be adopted to sustain groundwater levels to offset the impact caused by the project to the Karijini National Park.

For further protection of the Karijini National Park from up to 12 gigalitres annually (GL/a) of proposed surplus water discharge into Turee Creek East, and to minimize the effect on riparian vegetation, the regulator recommended conditions like rigorous monitoring as part of an environmental management plan (EMP).

EPA WA deputy chair Robert Harvey said: “The scientific rigour of the environmental assessment work and conditions to ensure there is no groundwater drawdown impacts on Karijini National Park, and to limit impacts to surface water flow and quality.

“This assessment work and recommended conditions constitute a comprehensive approach to management of environmental impacts, following a proactive approach by the proponent and extensive consultation with the EPA.”

Subject to government and environmental approvals, the two iron ore projects in the Pilbara region are expected to break ground this year with an estimated 1,200 jobs to be created.

First ore from the Robe Valley and West Angelas iron ore projects are targeted to be drawn by the partners from 2021.