Entergy has agreed to sell the 680MW Pilgrim Nuclear Power Station in Massachusetts and the 800MW Palisades Power Plant in Michigan to a subsidiary of Holtec International, the company responsible for the decommissioning of the two US nuclear power plants. 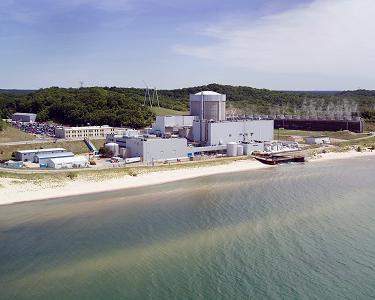 The sale of the aging nuclear power plants to a Holtec International subsidiary for nominal cash consideration is expected to accelerate the decommissioning process.

The transactions include the transfer of the licenses, spent fuel, and Nuclear Decommissioning Trusts (NDTs) along with the site of the decommissioned 67MW Big Rock Point Nuclear Power Plant near Charlevoix, Michigan, where only the Independent Spent Fuel Storage Installation (ISFSI) remains, said Entergy.

Entergy chairman and CEO Leo Denault said: “Transferring our Pilgrim and Palisades plants to Holtec, with its vast experience and innovative use of technology, will lead to their decommissioning faster than if they were to remain under Entergy’s ownership.

Subject to timely regulatory approvals, Holtec anticipates to launch decommissioning of the Pilgrim Nuclear Power Station in 2020, with all major decommissioning work to be wrapped up in nearly eight years.

Holtec president and CEO Kris Singh said: “We intend to deploy cutting-edge technologies to carry out the deconstruction of the plant structures with minimal impact on the environment and maximum personnel safety which are our core competencies.”

The completion of the sale of the nuclear power plants will be based on meeting of closing conditions, which include approvals from the US Nuclear Regulatory Commission (NRC) of the license transfers.