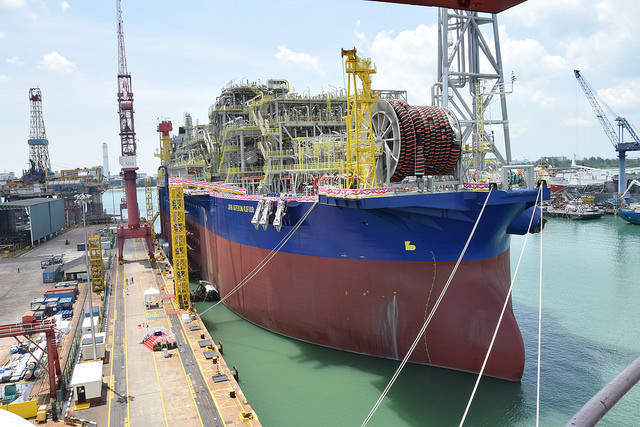 According to the Italian energy company, the OCTP project will produce 180 million standard cubic feet per day (mmscf/d) for a minimum of 15 years. The non-associated gas produced from the integrated oil and gas project will be adequate to meet the half of the Ghana’s power generation requirements from gas.

The gas production from the OCTP project follows almost a year after the start of oil production.

Eni said that the gas production commenced from two of the four deep-water subsea wells tied back to the John Agyekum Kufuor Floating Production, Storage and Offloading (FPSO) vessel.

The Italian firm revealed that once the last steps of commissioning of the offshore facilities are executed, production will flow gradually through a dedicated 60km long pipeline to the Onshore Receiving Facility (ORF) in Sanzule. At the ORF, the produced gas will be compressed and distributed to Ghanaian national grid.

“OCTP gas will contribute to Ghana’s energy stability, which is a prerequisite for industrial and economic growth, while at the same time helping reduce harmful emissions. It is an evidence of Eni’s commitment to sustainable development and long term partnership with host countries, where we can grow only if we grow together”.

The OCTP project comprises development of the Sankofa Main, Gye-Nyame and Sankofa East fields. It is located around 60km off the Western Region coast.

The fields put together have close to 770 million barrel of oil equivalent (mboe) in place which includes 500 million barrels of oil and 270mboe of non-associated gas.

Eni said that following the gas start up, OCTP’s overall oil and gas production can touch around 85,000 barrels of oil equivalent per day.

The Italian oil and gas company is the operator of the OCTP project with a stake of 44.44% and is partnered by Vitol (35.56%) and Ghana National Petroleum (GNPC), which holds a stake of 20%.