Energy Fuels believes its fully licensed and constructed White Mesa Mill ("WMM"), which is the only uranium and vanadium mill in operation in the US 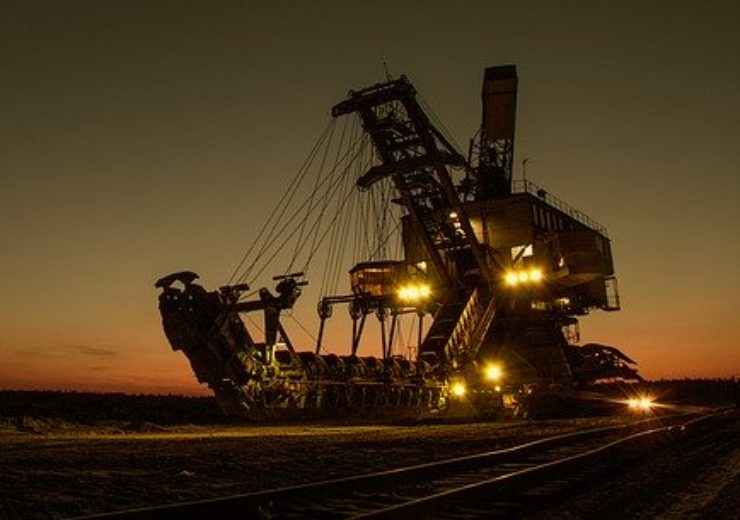 Energy Fuels Inc. (NYSE American: UUUU; TSX: EFR) (“Energy Fuels” or the “Company”), the leading producer of uranium in the U.S., is pleased to announce its entry into the Rare Earth Element (“REE”) sector. The Company will host a webcast and conference call to discuss this opportunity, along with its current views on the improving global uranium market, on April 15, 2020, at 4:15 p.m. EDT. Details on how to join the webcast and conference call are provided at the bottom of this news release.

Energy Fuels believes its fully licensed and constructed White Mesa Mill (“WMM”), which is the only uranium and vanadium mill in operation in the U.S. today, can play a key role in bringing the REE supply chain back to the U.S. from China. The Company’s primary business is – and will remain – uranium mining and production. However, Energy Fuels believes it can leverage its existing licenses, infrastructure and capabilities at the WMM to also produce REEs. Key highlights of this plan include:

Energy Fuels is embarking on a program to evaluate the production of REEs at its White Mesa Mill, in addition to its current business as the largest uranium producer in the United States and a significant vanadium producer when market conditions warrant.

The U.S. government has declared REEs critical to national defense and has made government funds available to private companies to develop domestic REE production capabilities.

As the only licensed, constructed and operating conventional uranium processing facility in the U.S., Energy Fuels’ White Mesa Mill is uniquely positioned to play a key role in the processing of REE ores, which if successful, may reduce the need to process a number of different types of REE ores in China.

Licensing is a major impediment to the construction and operation of REE processing facilities in the U.S. due to the uranium and other radioactive elements often associated with REE ore streams; the Company believes the White Mesa Mill can be utilized to allow for the recovery of REEs, along with uranium, from those ore streams.

Energy Fuels has engaged ANSTO based in Sydney, Australia, one of the world’s leading experts in the REE sector and management of radioactive materials, to assist in testing, mineralogy, flowsheet development and pilot plant engineering at the White Mesa Mill, to help advance this initiative.
Energy Fuels made the decision to enter the REE space following several months of review and testing, including discussions with various technical experts and the U.S. government. The U.S. government is actively seeking a domestic source of REE minerals which are needed for national defense. In July 2019, President Donald J. Trump issued a series of five presidential determinations declaring domestic REE production essential to national defense. Citing the Defense Production Act in his determinations, the president directed the U.S. Department of Defense to take action to support domestic REE production, including funding for pilot-scale projects and the direct purchase of REEs.

Energy Fuels believes the WMM, located near Blanding, Utah, is uniquely suited to potentially receive and process a number of different types of ores for the recovery of REEs (along with uranium), which, if achievable on a commercial basis, would eliminate the current need to ship those ores to China for processing. If successful, the Company expects to offer customers tolling or processing arrangements at the WMM. Energy Fuels does not plan to mine or produce REE ore itself at this time.

While Energy Fuels is, first and foremost, a uranium mining company, the Company believes REE production has the strong potential to complement its primary uranium business. In addition to high-value REEs, many REE ores contain material quantities of recoverable uranium. Perhaps most importantly, the WMM is the only licensed, constructed and operating uranium (and vanadium) mill in the U.S. today. The facility has 40+ years of experience processing uranium and uranium/vanadium ores and is also the only facility in North America licensed and capable of recycling alternate feed materials for the recovery of uranium along with other minerals like tantalum and niobium. This makes it uniquely qualified to process REE ores. From a health, safety and environmental protection standpoint, REE ores are relatively similar to the ores and alternate feed materials the WMM has responsibly processed for the past 40+ years.

REEs are a group of 17 chemical elements (the 15 elements in the lanthanum series, plus yttrium and scandium) that have a variety of industrial, energy, military and defense uses, including automotive components, communications technology, clean energy production, consumer electronics, weapons systems, advanced magnets, lasers and numerous of other applications. According to a 2017 report by the United States Geological Survey (“USGS”), China has controlled more than 90% of the global supply of REEs since the late-1990s and has placed restrictions on REE exports since 2010.

To assist in evaluating and developing this REE opportunity, Energy Fuels has engaged the international mining consultancy group and one of the world’s leading experts in the REE sector and management of radioactive materials, ANSTO, based in Sydney, Australia. ANSTO has substantial experience in testing, mineralogy, flowsheet development, and pilot/demonstration plant engineering and operation related to REEs. In addition, the Company will solicit other expertise as required. Based on this engineering analysis, the Company will identify and seek any license amendments or additional permitting requirements that may be required.

Energy Fuels’ president and CEO Mark S. Chalmers commented: “At Energy Fuels, we pride ourselves on being the leading U.S. uranium miner. But, we’re also entrepreneurs, and there is literally no other facility in North America with the diverse capabilities and licensing flexibility of the White Mesa Mill. We are always examining ways to leverage this unique asset to generate cashflow. This is where we expect REE’s will come into play. Over the past several months, we have received a number of inbound communications, from both private entities and the U.S. government, inquiring about REE processing at the WMM. After several months of evaluation, we are ready to announce our entry into the REE sector. To assist in this endeavor, we have engaged ANSTO, one of the world’s leading technical consultants with extensive experience in REEs, and a group with which I personally have many years of experience. We believe we have the opportunity to turn the WMM into a ‘one-stop-shop’ for U.S. critical mineral processing, thereby reducing our reliance on China. Perhaps most importantly, the WMM is already licensed, constructed and operating today, it has extensive experience processing and handling uranium and vanadium ores and other low-level radioactive materials, and we believe it can recover REEs under our existing mill license and existing permits with only minor or routine amendments required, if any. The Trump Administration has prioritized bringing REE production back to the U.S., and they are willing to invest significant dollars into supporting domestic REE infrastructure. We believe Energy Fuels holds a distinct advantage as an early mover in this high-value, high-growth sector, and we look forward to engaging with the U.S. government on this important national security initiative.”