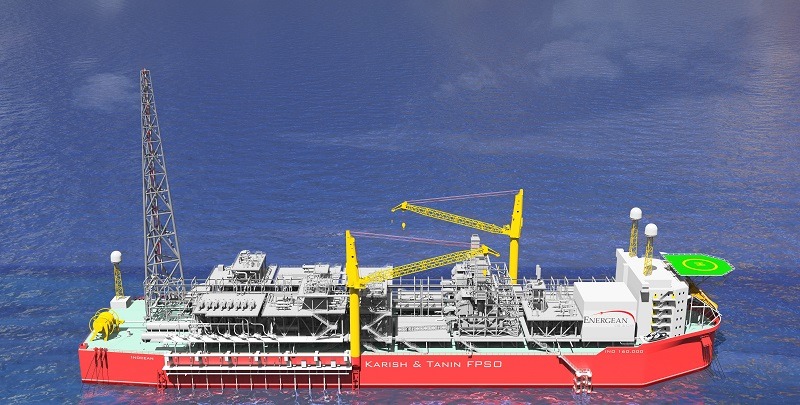 Image: The Karish North discovery is planned to be tied back to the Karish and Tanin FPSO. Photo: courtesy of Energean Oil & Gas PLC.

Energean Oil & Gas is seeking approval from the Cypriot authorities to begin import and supply of natural gas produced by the Karish North field to Cyprus through a new 215km long pipeline, starting from 2021.

In this connection, the UK-based company has filed applications with the authorities through its subsidiary Energean International.

Details of the Karish North field

The Karish North field is located in Israeli waters in the Levant Basin of the Mediterranean Sea. The Israeli gas field is estimated to contain 25 BCM of discovered recoverable resources.

Discovered in April 2019, the Karish North gas field is planned to be tied back to the Energean Power floating production, storage and offloading unit (Energean Power FPSO). Energean Power is slated to begin production from the $1.6bn Karish and Tanin development project in the first quarter of 2021.

Energean had earlier presented the ‘Karish to Cyprus Preliminary Pipeline Development Plan’ to Cyprus Energy Regulatory Authority. As per the plan, Energean has proposed to transport natural gas via pipelines from the Karish offshore block to Energean Power and from there to Vassiliko in Cyprus through a pipeline.

The 215km long Energean Power FPSO to Vassiliko pipeline calls for an investment of around $350m. The pipeline will be funded by Energean with no upfront cost covered by the Cypriot government.

According to Energean, the Karish to Cyprus pipeline project will help the country to obtain competitively priced natural gas from 2021 should there be no delays in permitting procedures.

Energean CEO Mathios Rigas said: “Energean’s proposal offers the Republic of Cyprus the option to switch to natural gas as soon as possible, and under the most competitive terms. Execution of the proposal will bring competition to the Cypriot natural gas market, decrease energy costs across the economy and result in enhanced diversity and security of supply.

“Our proposal enhances the planning of the Republic of Cyprus and the security of supply, as it is supplementary to the LNG import procedures launched by the Cypriot Government.

“We expect that the Republic of Cyprus will take advantage of the options that the market offers for the benefit of the Cypriot economy and the consumers.”