Italian energy company Enel has announced the start of operations at the 137.7MW Bungala Solar One located near Port Augusta in South Australia. 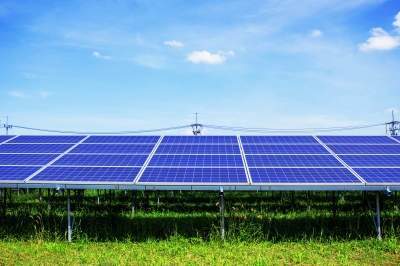 Marking the start of operations, Enel, through a joint venture between the group’s fully-owned renewable energy subsidiary Enel Green Power (EGP) and Dutch Infrastructure Fund (DIF), has connected to the grid the first 45 MW feeder of the wind farm.

The Bungala Solar One is part of the 275MW Bungala Solar PV Project which will generate about 570GWh of clean energy per year, once it starts operations next year.

The facility will cover an area of about 600 hectares of land and will consist of nearly 800,000 polycrystalline PV modules mounted on single-axis trackers.

The Bungala Solar project is being constructed with a total investment of $315m, with Enel Group investing $157m. The total investment is financed through a combination of equity and project finance with a consortium of local and international banks.

Power produced by the Bungala Solar project will be sold to Origin Energy, a major Australian utility, under a long-term power purchase agreement.

Enel Green Power head Antonio Cammisecra said: “We have just reached a historic landmark for our Group in an entirely new continent, as this is the first renewable energy flowing into the Australian grid from Enel.

“We now develop, own and manage generation assets in all continents, starting from Europe and then moving around the globe, landing in Oceania through this unique project. We are just a few months away from the completion of this solar plant and look forward to other opportunities this renewable-resource-rich country will have to offer.”

Enel Green Power develops and operates renewable energy projects across the world, with its presence in Europe, the Americas, Asia, Africa and Oceania. Presently, it has a managing capacity of 42GW across a wide range of solar, wind, geothermal, biomass and hydropower projects.