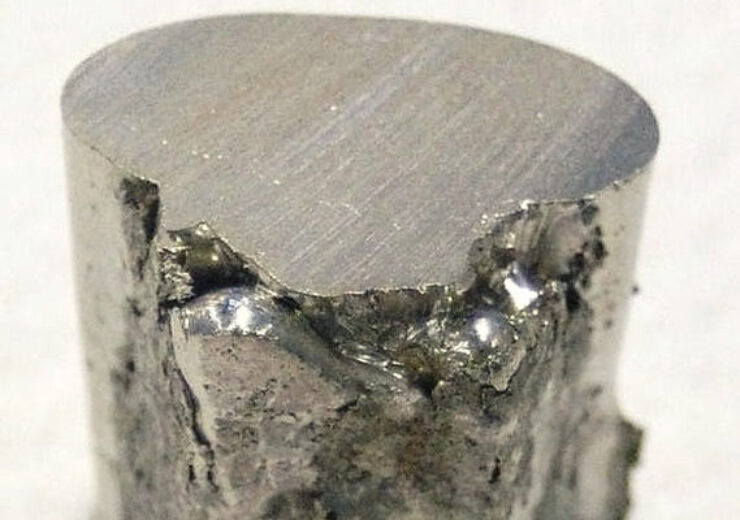 A piece of Ni about 3 cm in size. (Credit: Materialscientist (talk)/Wikipedia)

The announcement follows EMX’ recent acquisition of Net Smelter Return (NSR) royalty on the Caserones copper-molybdenum mine, located in northern Chile for $34.1m.

Under the terms of the agreement, Swedish Nickel is eligible to acquire 100% interests in any or all of the projects through the issuance of cash or shares to EMX.

EMX stated: “The Agreement with Swedish Nickel/Bayrock represents another example of EMX’s execution of the royalty generation aspect of its business model.”

The nickel-copper projects are located in north-eastern Sweden in the Fennoscandian Shield, which hosts several nickel deposits in Sweden, Finland and western Russia.

They contain drill-defined zones of nickel-copper sulfide mineralisation developed in and around mafic to ultramafic intrusions, known as the magmatic sulfide-style mineralisation.

The zones of mineralisation are also variably enriched in cobalt and platinum-group-elements (PGE), key metals used in current battery technologies.

Occurrences and deposits of the projects were discovered in the 1970’s and 1980’s, with only limited and incomplete histories of follow-up exploration.

EMX has started exploration programmes for nickel-copper-cobalt-PGE deposits in the Nordic countries in 2016, the times when the battery metal prices were low.

The Kukasjarvi project has a defined historical mineral resource and twelve historical diamond holes were drilled for a total of 2,400 metres.

The Vuostok project is  located in the Skelleftea mining region of Sweden.