Expected to be operational next year, the Cerro Tigre wind farm will generate enough clean energy to power 680,000 Chilean housholds 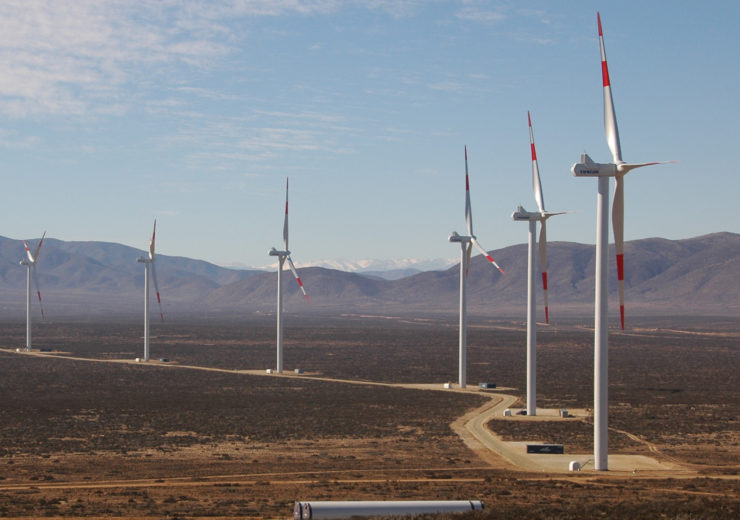 Elecnor will take up the responsibility of full execution of the Balance of Plant (BOP). (Credit: ELECNOR, S.A.)

Spanish infrastructure company Elecnor has secured a contract from Mainstream Renewable Power for the construction of the 185MW Cerro Tigre wind farm in Chile.

The Cerro Tigre wind farm is part of the Cóndor portfolio within Mainstream’s Andes Renovables 1.3GW platform. When the wind farm begins operations, it will generate enough renewable energy to be supplied to 680,000 Chilean homes.

To be powered by 44 wind turbines, the Cerro Tigre wind farm will be located 50km from the city of Antofagasta, in a desert and relatively flat area, with heights of between 660 and 800m.

The wind farm is expected to supply clean energy to the Chilean national grid from next year.

As per the contract, Elecnor will take up the responsibility of full execution of the Balance of Plant (BOP), which includes installing the 44 turbines, each at 72m of height and 4.2MW of capacity.

Additionally, it will also build a new booster substation, 220kV transmission line, about 20km of track and the remaining auxiliary civilian infrastructure.

The contract also includes expanding another existing booster substation by building a 12km-long transmission line with 220kV. All these works are scheduled to be completed next year.

Mainstream formed the Andes Renovables platform after securing the 2016 technology-neutral electricity auction held by the Chilean government. As one of the biggest winners,

In February, Elecnor was selected by Empresa Generadora de Electricidad Haina (EGE Haina) to build a 120MW solar plant in the Dominican Republic.

Power generated from the solar plant will be distributed through the Sistema Eléctrico Nacional Interconectado — National Interconnected Electric System (SENI).

Expected to be one of the largest solar plants in the country, the Girasol solar plant will be located Yaguate, in the province of San Cristóbal and will sit on 220hectares of land.