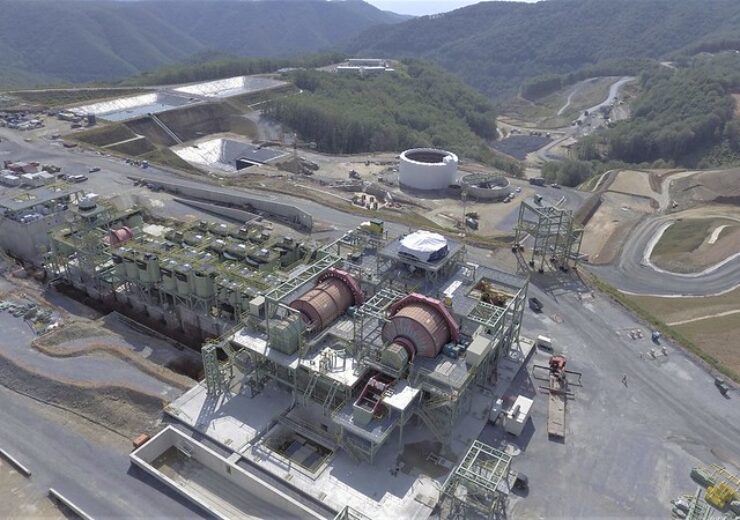 The amended agreement for the Kassandra Mines will enable completion of construction of the Skouries project. (Credit: Eldorado Gold Corp.)

Eldorado Gold has signed an amended agreement with the Greek government, aimed at advancing its investment in the Kassandra Mines in northern Greece.

The Kassandra Mines comprise the Skouries, Olympias, and Stratoni/Mavres Petres mines and facilities.

The agreement signed by the company’s fully-owned subsidiary Hellas Gold amends the transfer agreement it had signed with the government in 2004.

According to Eldorado Gold, the revised agreement gives a modernised legal and financial framework for enabling investor protection mechanisms.

The agreement comes with an optimised investment plan that allows the company to wrap up construction at the Skouries gold-copper porphyry project and take it into production.

Currently in care and maintenance, the Skouries mine is projected to operate for nearly 23 years. It will initially operate as an open pit and underground mine, and later on will have only underground mining.

The optimised investment plan agreed by the parties also paves the way for the expansion of the Olympias gold-silver-lead-zinc mine to produce 650,000 tonnes per annum.

The other benefits of the agreement are that it allows the company to make further investment in exploration at Mavres Petres-Stratoni and also continue the study of on-site gold processing methods.

The amended agreement will be subject to the approval of the Greek Parliament.

Eldorado Gold president and CEO George Burns said: “Both Olympias and Skouries have the potential to be tier-one assets that, when combined with the rest of our portfolio, will be transformational for Eldorado.

“We now have a modernized investment agreement that will provide a stable, commercial path for Eldorado in Greece, as well as a strong precedent for future investment in the country once ratified by the Greek Parliament.

“Together, we are building a positive legacy for generations to come as we continue to commit to operating responsibly and with care for local communities and the environment.”