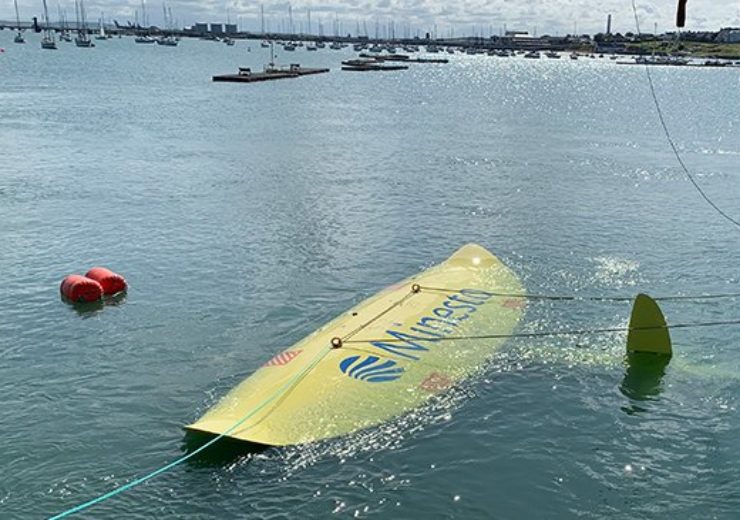 Minesto was established in 2007 as a spin-off from Saab, a Swedish aerospace and defence company. The Swedish firm developed the Deep Green technology which has been designed to enable marine power plants to operate cost-effectively in areas having low-flow tidal streams and ocean currents.

Headquartered in Gothenburg, the marine energy developer has operations across Sweden, Wales, Taiwan and Northern Ireland.

EIT InnoEnergy, on the other hand, is supported by the European Institute of Innovation and Technology (EIT), a body of the European Union. The institution increased its stake in the Swedish energy developer by exercising previously issued warrants to subscribe over seven million shares in it.

In 2015, EIT InnoEnergy made its first investment in the Swedish firm.

Minesto CEO Martin Edlund said: “EIT InnoEnergy’s commitment underlines the role of ocean energy by Minesto’s technology in the global transition to a renewable energy system. As a major investor in Minesto and in opening up its ecosystem, InnoEnergy has been a key supporter of ours and played an important role in our development.”

Prior to that, in May 2015, the company bagged a €13m (£11.9m) investment from the European Regional Development Fund through the Welsh European Funding Office, to enable the commercial launch of the Deep Green technology.

EIT InnoEnergy renewable energies thematic leader Javier Sanz said: “The technology, the team and the core investors in Minesto, have prevailed for taking such a decision. Projects in Holyhead and Faroe Islands clearly show there is a high potential for a very successful commercial evolution in the upcoming years. This is a cornerstone for the blue energy sector, and as a result is of great value to us.”

In June 2019, Minesto secured a €2.5 (£2.29m) grant from the European Commission’s SME Instrument programme to support the installation of the Deep Green technology in the Faroe Islands.