The project is guaranteed by the Investment Plan for Europe and is being co-financed by EUROfusion, the EU programme to produce safe, clean nuclear fusion energy by 2050 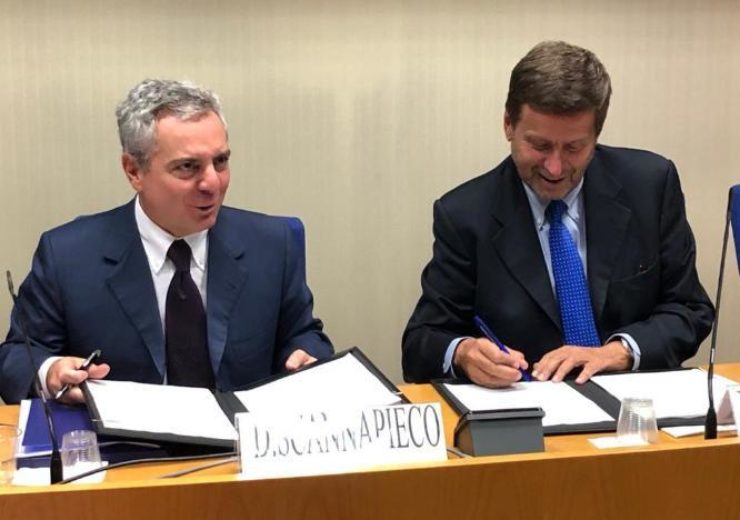 The challenge to produce safe, clean nuclear fusion energy by 2050 can now count on a ground-breaking experimental device that will be built in Italy. ENEA’s Divertor Tokamak Test (DTT) is ready to be launched thanks to EIB financing and the support of the Lazio Region, both announced today. The European Investment Bank will provide EUR 250m worth of financing under the Commission’s Juncker Plan supporting the implementation of the new scientific and technological hub of ENEA (National Agency for New Technologies, Energy and Sustainable Economic Development). This forms part of a total investment of EUR 500m for the facility which will be hosted in Frascati near Rome thanks to the agreement signed with the Lazio Region. The project will also receive funding from EUROfusion, the European Union’s programme to produce safe, clean nuclear energy, launched in 2014.

The DTT facility has been created to respond to some of the key scientific and technological issues surrounding nuclear fusion, in particular the question of how to control the enormous amount of heat generated. The main financing is broken down as follows: apart from the EUR 250m allocated by the EIB and backed by the guarantee of the European Fund for Strategic Investments (EFSI, the pillars of the Juncker Plan), EUROfusion will contribute EUR 60m in Horizon 2020 funding, MIUR will provide EUR 40m, MISE EUR 40m, and the Lazio Region EUR 25m.

There will be positive implications for global scientific research with respect to existing large-scale projects and for the Italian economy.  Some 1,500 scientists and technicians will be involved in the project (500 directly) and the impact on Italy’s GDP will be around EUR 2bn. Furthermore, thanks to collaboration with Italian and European universities and research centres, new generations of scientists and researchers from all continents will emerge.

“This cutting-edge project combining major research, technological innovation, development and industrial competitiveness will have an impact of more than EUR 2bn in pure economic terms. Its implementation is a great success because it will help respond to complex issues concerning the fusion process. It also confirms Italy’s strong leadership in this field thanks to its brilliant scientific community, which has managed to get the most advanced industries involved to create a hugely important sector. Italian companies have already won over EUR 1.2bn worth of contracts in this field”, said ENEA Chairman Federico Testa.

“ENEA’s project has two aspects that are fundamental for Europe: innovation and combating climate change. We must do more in both fields if we wish to look towards our planet’s future with hope and a sense of optimism, focusing responsibly on the long term without fear of the immediate short term which too often influences choices in terms of allocation of financial resources. I am proud that the EIB is providing a large chunk of the financing to support the development of the new laboratories in Frascati”, stated EIB Vice-President Dario Scannapieco.

European Commissioner Miguel Arias Cañete, responsible for Climate Action and Energy, said: “To achieve a climate neutral Europe by 2050, we need to keep investing in new technological solutions. Fusion is a potential source of safe, non-carbon emitting and virtually limitless energy. If we succeed in making a breakthrough in this technology it could significantly contribute to our efforts to make Europe the first climate neutral major economy. Today’s investment decision is one step towards this objective.”