At Hannover Messe, the international trade show dedicated to industry, EDF announces the creation of “Hynamics”, a new subsidiary for the Group responsible for offering effective low-carbon hydrogen for industry and mobility. 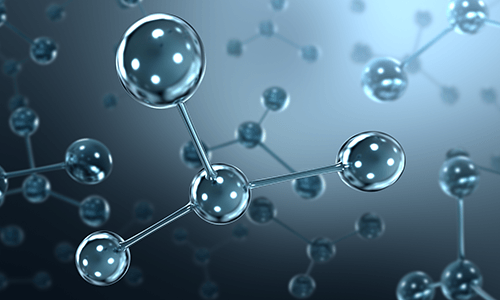 With this commitment, EDF’s ambition is to become a key player in the hydrogen sector in France and around the world, as well as consolidating its contribution to the fight against climate change and for a lowcarbon world.

According to a report released by McKinsey(2), hydrogen consumption will represent 18% of the world’s final energy demand in 2050. 95% of hydrogen is currently produced from fossil fuels. Unlike this method, which produces a lot of carbon dioxide, Hynamics has opted for water electrolysis to produce its hydrogen, a technology that does not emit very much CO2 at all, as long as the electricity used itself comes from lowcarbon production methods.

For industrial clients, for whom hydrogen is a necessity (refinery, glassware, agri-food, chemistry etc.), Hynamics installs, runs and maintains hydrogen production plants, by investing in the necessary infrastructure;

For mobility providers, both public and professional, Hynamics helps link up different areas with service stations to provide hydrogen to recharge fleets of commercial vehicles, like trains, buses, bin lorries, utility vehicles and means of waterway transport. These services constitute an additional asset for the Electric Mobility Plan announced by the Group in October 2018.

At the end of March 2019, Hynamics teams have identified and work on some 40 target projects, in France as well as other European countries including Belgium, Germany and the United Kingdom. Hynamics is the result of an “intrapreneurial” project led by ten or so employees and nurtured within EDFPulse Expansion, the Group’s start-up incubator. After the acquisition of EDF’s stake in the French company McPhy, a leading player in this market, the creation of this new subsidiary confirms the EDF Group’s ambition when it comes to low-carbon hydrogen, and applies it to new uses.

Cédric Lewandowski, EDF Group executive director in charge of Innovation, corporate responsibility and strategy announced: “The production of hydrogen without CO₂ emissions is a key factor in the ecological transition. By embracing a new area of activity, the Group is capitalising on its employees’ skills, expertise and capacity for innovation, for the benefit of our clients. Together with all the different stakeholders, EDF would like to contribute to the French and European hydrogen sector in an international market that represents a fantastic opportunity in terms of growth and jobs.”

Christelle Rouillé, Hynamics’s Managing Director, explained: “Working with industry and different regions by supporting their decarbonation projects is a challenge that Hynamics plans to embrace with a solution for producing hydrogen without CO₂ emissions with multiple uses and in an economically efficient way. We are focusing in particular on industry and mass mobility, two sections of the economy that produce a lot of CO₂, with a view to nurturing partnerships.”