The tests and calibration have been attended and performed with representatives from Siemens, EDF Renewables IL and Eco Wave Power 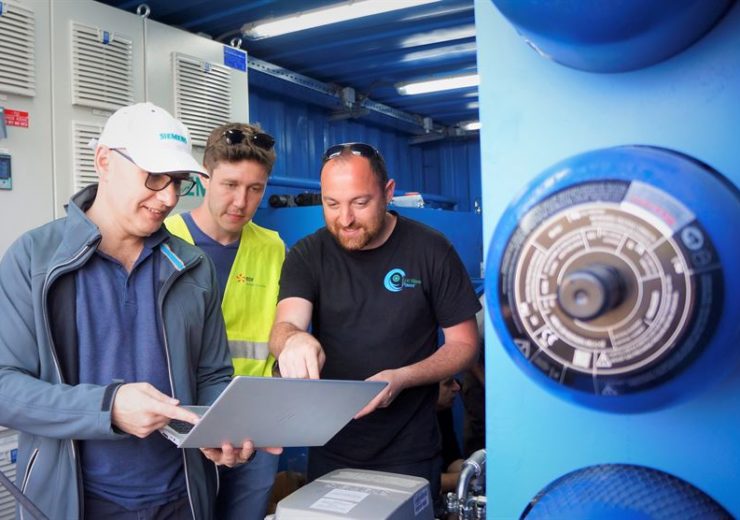 The tests and calibration have been attended and performed with representatives from Siemens, EDF Renewables IL and Eco Wave Power.

The Eco Wave Power conversion unit is an integral part of the Eco Wave Power technology. The conversion unit is combined from hydraulic and electrical parts, jointly integrated, which are responsible for transforming the movement of the waves into pressure which is created in the accumulators. The pressure is then used to rotate a hydraulic motor, which is in turn rotating the generator and transferring clean electricity into the grid via an inverter.

All parts from the generator and up to the grid connection point, have been purchased from and assembled by Siemens. The design, procurement and execution of the electrical system has been made in coordination with IEC (The Israeli Electric Company) and is up to all required standards, in order to enable smooth connection to the country’s electrical grid.

The entire conversion unit (hydraulic and electrical) has been designed and assembled in a standard-sized shipping container located on land, just like a traditional power station. The compact and portable design allows for simple and efficient transportation to the site. Furthermore, the operation and maintenance will be fully performed from the land side, with no need for divers, marine vessels, underwater mooring, cables, and other expensive marine installation, operation and maintenance methods which are necessary for offshore solutions.

This project, executed in collaboration with EDF Renewables IL and co-funding from the Israeli Energy Ministry, will significantly upgrade the EWP technology and reduce scaling risks in the Eco Wave Power commercial-scale projects.